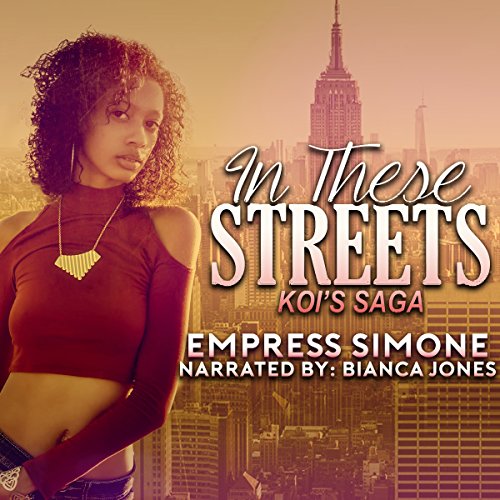 Everything from life, love, infidelity, murder and death are explored as seen through the eyes of Eliza Ma'Koi MacDougal. A young feisty teen who was forced to grow up fast due to the death of the first man who ever loved her. Yes, her dad. She then watches as her mother spirals out of control as she chases her crack demons. Forced to grow up fast and take reins of the household and younger siblings to try and keep them out the foster care system, she meets and falls in love with a 19-year- old male named Griffin. He is four and a half years her senior. He loves young Koi in his own twisted way but makes no secret of his wife, an older more sophisticated hood chick who bumps heads with Koi a lot. Koi takes it all in stride however and turns to boosting clothes as a way to help contribute to the household income and engages in frisky behavior with a young thug by the name of Fuquan.

However, young Koi starts on a spiral of her own along with her best friend Shatease who already have a two year old child and a mother whose crack demons are just as strong as Koi's mom's. This saga will make you place your own daughters under house arrest, peeking in their rooms at night and following them in the morning to school to ensure they are not cutting up in the streets, chasing boys and being sexually active. Be prepared to cry, shout and become angrier than you ever have as you listen to young Koi's story of betrayal, lies, lust and murder for hire. You will see the one thing Koi feels is missing in her life since her dad's death is love but will root for her to overcome her turmoil in this hood literary drama.

What listeners say about In These Streets

This is first time I ever read a book from this author. Pretty good I might say. This book had plenty of up and downs. I can't wait to see what revenge is going to happen next. Narrator was nice too. It's really important when your are listening to books. You have to stay entertained. And she did a great job too

This was really good can't eait for 2 to come out cause i will be reading that one too.

The book was okay. I think the author should have made Koi at least 16, instead of 14. It was very short. I did like the uncle Macs character. I did purchase book two.

This book is absolutely HORRIBLE, and more than anything the reader sounds like something's stuffed up her nose, she's one of the worst readers I've heard and I'm an advocate audible listener, just to keep it all the way 100, the book might not be so bad but due to her HORRIBLE voice I can't stand to listen to another word. Truth be told,the story line pretty much sucks as well. Save your $ and your credit and find another book 😡😰