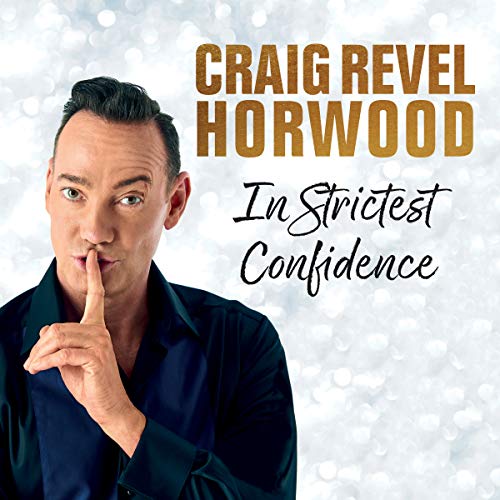 Contains an exclusive Q&A with the author, Craig Revel Horwood.

The third instalment in Craig Revel Horwood's frank and funny autobiography takes the listener through the highs and lows of the Strictly Come Dancing star's 'fab-u-lous' life. Join Craig and a host of Strictly stars - including Ore Oduba, Judy Murray and the unforgettable Ed Balls - on the show and live tours and get the real stories from behind the scenes.

The Aussie-born judge shares his famously forthright views on the changes in the show's lineup, from Bruce Forsyth and Len Goodman's departures to the arrival of Claudia Winkleman and Shirley Ballas, as well as the dancers and stars.

Away from Strictly, Craig reveals fresh heartache over failed romances, his pain at losing his dad and how his work kept him from flying to Australia for the funeral. He marks the milestones in his life, including turning 50 and moving from London to live in a 'gorgeous' country pile, as well as going under the knife for a second hip operation plus a few nips and tucks.

The multi-talented dancer, director and choreographer also discusses his award-winning shows, including Sister Act and Son of a Preacher Man, and spending a year in drag as Miss Hannigan in Annie. Plus, he reveals all about his foray into movies, choreographing Hugh Grant for Paddington 2 and making his big screen debut in Nativity Rocks.

With his famous wit and a wealth of backstage gossip, In Strictest Confidence is the perfect listen for all his fans as well as those of Strictly Come Dancing.

What listeners say about In Strictest Confidence

A joy to listen

This book was an absolute joy to listen to. I loved every minute of it and could not stop listening to it. In this book CRH comes across like down to earth, lovely family man. It made me smile often and I was glad that Craig narrated the book himself. It brought the story really to life. Thoroughly enjoyed it.

Love this book , it is written as if you were have a conversation with Craig Great read/listen I have change my opinion of Craig and got a tidy insight of the real Craig x

So interesting. Had no idea he did so much. Easy listening. Humourous, sensitive, sad, honest and intriging. Most enjoyable

Really goog, funny, touching.. Interesting to find out so much of his life outside Strictly..Fab u lous!

just simply fab u lous and A ma zing what more can I say ?

This book is fab uu luus .It really felt as though Craig was in the room talking to me but I just couldn't get a word in edge edgewise. It was just too short. Craig needs to put his other 2 books onto audio,I would certainly listen to them

really enjoyed CRH upbeat style of narration & insights into his life & work. Craig really is a very hard working chap & is very down to earth. I haven't read his earlier books but after this would like to.

Loved the book but Craig's voice is so artificial . Found it difficult at times

This is the first audio book I have listened to in full and what an experience.......I loved it darling!! CRH read brilliantly and what an interesting life you’ve had. Can’t wait to download your others. Thank you for sharing your life.

Loved it! Please record the previous 2!!!

Thought it would be entertaining, it was much more than that. It’s great CRH recorded it himself as it brings such life, humanity and life to the text. Loved having his company in my daily commute and now I wish his previous two books had also been read by him (please, audible !) I usually listen to current affairs, history, science, travel and this was just so very human, with relationships problems, busy work schedules and floods at home... it brought the person to life and behind the scenes secrets on the pantos, movies and of course Strictly !