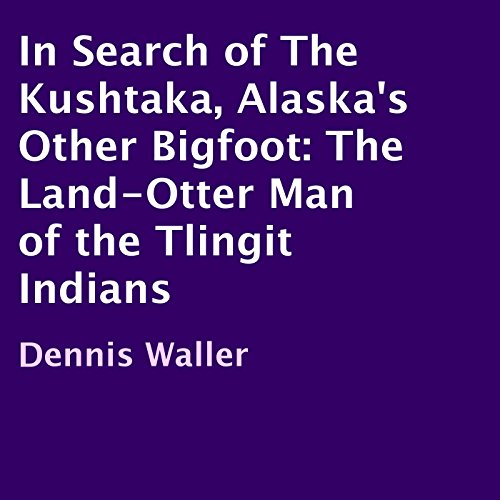 In Search of the Kushtaka, Alaska's Other Bigfoot

Legends that endured for centuries, endure for a reason.

In the wilderness of Southeastern Alaska, the Kushtaka is one such legend.

Known as the Land-Otter Man among the Tlingit Indians, the Kushtaka are shape-shifting, time bending, mythical creatures capable of taking your deepest fears and turning them into a nightmarish reality.

Some call it a myth, some call it a hoax. But for those unfortunate souls who have come face to face with the Kushtaka, they discovered how real it can get.

Some Legends don't want to be found

What are the Kushtaka?

There are incredible stories of the sinister Kushtaka or "land otter man" as it is known by the Tlingit's all throughout Southeastern Alaska. Whether these stories are the stuff of legend and myth remains to be seen. However a legend that endures over time, endures for a reason, leaving us with the question. Is the legend and myth of the Kushtaka something that really exists? Is it based on actual events or the byproduct of a vivid imagination of a people unable to explain the unexplainable?

The purpose of this book is to explore this amazing mystery, to see if we can unlock the door to the Kushtaka and discover the truth. Joseph Campbell said myths are clues to the spiritual potentialities of the human life, that a myth helps you to put your mind in touch with the experience of being alive. In this case, in order to experience being alive, we might have to experience being scared to death.

The Kushtaka are mystical shape shifting creatures with supernatural powers. They are masters at waging psychological warfare with the ability to twist time and space creating anomalies that defy the laws of physics. It is said they possess telepathic abilities. Their ability to move freely from one place to another in an instant is legendary. Appearing as someone the victim knows is commonplace in the stories of the encounters with the Kushtaka.

What listeners say about In Search of the Kushtaka, Alaska's Other Bigfoot

I took a few times listening to this for it to truly sink in, but it has gripped me like no other I've heard