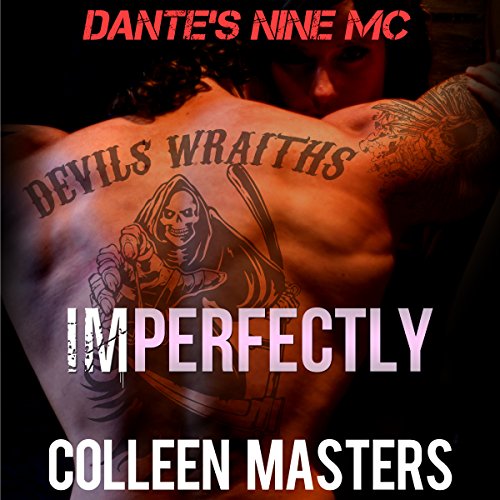 Only a man like him can make a woman out of her....

Leo Bane, the vice president of the Devil's Wraiths MC, has earned his reputation as an infamous killer and brutal force to be reckoned with. He's a towering mountain of pure tattooed muscle, barely able to be contained in his leather cut. Kelly Rodgers may be young, smart, and headstrong, but she's no match for a biker badass like Leo. She's never met anyone like him; he's the worst thing to happen to her and as much as she hates to admit it - she finds him irresistible.

When Kelly arrives to Las Vegas, there's serious bad blood brewing between Dante's Nine and the Devil's Wraiths - tensions have been flaring ever since a brother of the Nine died in a suspicious accident, and Leo is suspected for the murder. When her best friend, Kassenia, is kidnapped and held hostage by Leo and the Devil's Wraiths, Kelly finds her self thrust into the middle of a war.

Willing to do anything to get her friend back and ease the animosity between the clubs, Kelly becomes a sweetie in the Devil's Wraiths clubhouse - she'll go undercover and do whatever it takes to get the intel Dante's Nine needs to save Kassie. When Kelly arrives to the Wraith's Nest, Leo immediately claims her for his own...if there's any hope of getting her best friend back, she'll have to obey his every demand. He makes it clear from the start that she's his property, and he has a big - really big - surprise for her.

The story was good. Although it appears the the two MC's are not the brightest bulbs in the bunch, the overall love story aspect was good! Definitely going to read next book, but the editing and recording was totally unacceptable and should be corrected before additional copies are purchased. Whoever produced this edition should be fired.

I could not finish this book! The audio is really bad, within the first hour I completely gave up. I'm hoping they uploaded the rough copy and not the finished version because this was just bad. Returning the book today!

the recording quality is horrible constant double reading of lines so it seems the editors did a really really bad job. the girl is a loser and her character was a total whimp and a slut. she was willing to walk into a rival mc and sleep around to get info. could barely get thru this story.