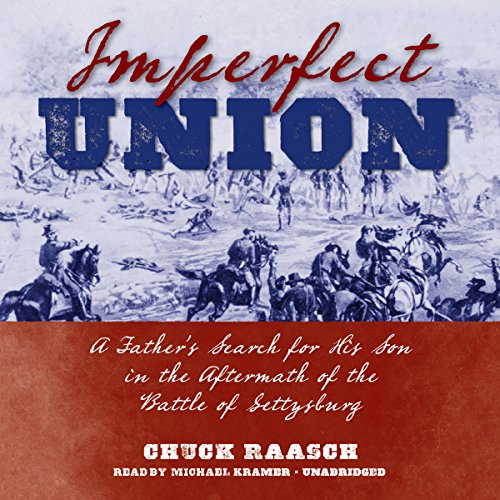 A Father’s Search for His Son in the Aftermath of the Battle of Gettysburg
By: Chuck Raasch
Narrated by: Michael Kramer
Length: 13 hrs and 22 mins
Categories: History, Military
5 out of 5 stars 5.0 (1 rating)

On the first day of the Battle of Gettysburg in July 1863, Union artillery lieutenant Bayard Wilkeson fell while bravely spurring his men to action. His father, Sam, a New York Times correspondent, was already on his way to Gettysburg when he learned of his son's wounding but had to wait until the guns went silent before seeking out his son, who had died at the town's poorhouse. Sitting next to his dead boy, Sam Wilkeson then wrote one of the greatest battlefield dispatches in American history.

This vivid exploration of one of Gettysburg's most famous stories - the story of a father and a son, the son's courage under fire, and the father's search for his son in the bloody aftermath of battle - reconstructs Bayard Wilkeson's wounding and death, which have been shrouded in myth and legend, and sheds light on Civil War-era journalism, battlefield medicine, and the "good death".