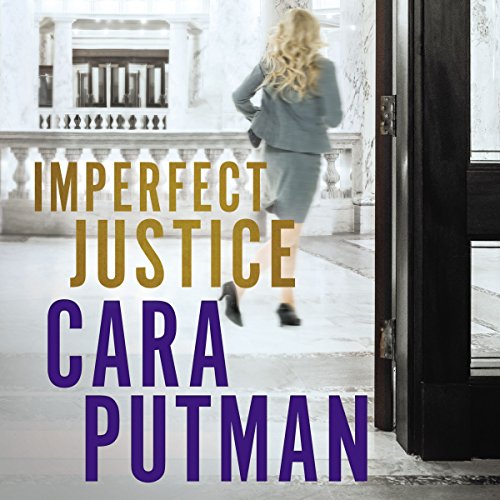 The police say Kaylene Adams was a murderer - but Emilie Wesley will stop at nothing to clear her client’s name and protect the innocent daughter Kaylene left behind.

To the world it seems obvious: Kaylene Adams killed her daughter before taking her own life. Attorney Emilie Wesley knows a different story: Kaylene would never hurt anyone and was looking for a way out of a controlling, abusive relationship. Her death shakes Emilie’s belief that she can make a difference for women in violent marriages. Self-doubt plagues her as she struggles to continue her work in the wake of the tragedy.

Reid Billings thought he knew his sister - right up until he learned how she died. He discovers a letter from Kaylene begging him to fight for custody of her daughters if anything should happen to her. No attorney in her right mind would support an uncle instead of the father in a custody case, but Kaylene’s letter claims Emilie Wesley will help him. Thrown together in the race to save Kaylene’s surviving daughter, Emily and Reid pursue the constantly evasive truth. If they can hang on to hope together, can they save a young girl - and find a future for themselves in the process?

“This is the way legal thrillers are meant to be - compelling, intelligent, and deeply satisfying.” (Randy Singer, author of Rule of Law)

“A legal thriller that takes on a burning social issue and the role of faith and strength in meeting that challenge. Like all good storytellers, Cara Putman makes you care. She is at the top of her game with Imperfect Justice.” (James Scott Bell, best-selling author of Romeo’s Rules)

What listeners say about Imperfect Justice

just as good as the rest!

** i am reviewing the audio version of this book**

I enjoyed this book as much as i have enjoyed the other books in the series.


It was good to hear more of Emily’s story.
It was interesting, with a suspenseful creepy thread building and running through the story.
I wanted to keep reading, to see what would happen.
as we learned more, and more details were revealed.
Her client’s story was also very interesting and suspenseful. I wanted to know what happened so badly. I couldn’t wait to find out who the real murderer was.
I also really enjoyed spending time with the characters.
The questions Emily asked herself about life and God were thought provoking. I could relate to and feel her pain.
The ending was also very good and satisfying.
The Narration was top notch. The reading was well done, and the characters were well portrayed.
.
Would highly recommend this book. it had a bit of everything and was very well written.

This book handles the difficult topic domestic abuse with caution and a rawness and without giving an easy “Christian” answer. The suspense is calm but serious and the characters are completely captivating. Yep highly recommend this book.

The story of Emily Westley is filled with intrigue and emotional climbs and plunges. The multi-layered plot follows the heart breaking case of Kayleen Adams and her daughters. Add in a stalker, a handsome financier and his connection plus the normal ups and downs of life and you have a story that keeps you engaged and wanting more. Excellent read. It took me a while to get used to the narrator’s voice, but once I did, the depictions were well done.

What disappointed you about Imperfect Justice?

Just not for me. My idea of a good romance and mystery includes wine and a good scare/mystery. I felt like rolling my eyes whenever they had coffee or tea on a date and looked to God and the bible for help. There should be some reference in the book description that would allow readers to choose: mystery, bible, mystery and bible.

Going back to a good mystery.

Who would you have cast as narrator instead of Hillary Huber?

If you could play editor, what scene or scenes would you have cut from Imperfect Justice?

Story was ok. Just not my cup of tea.