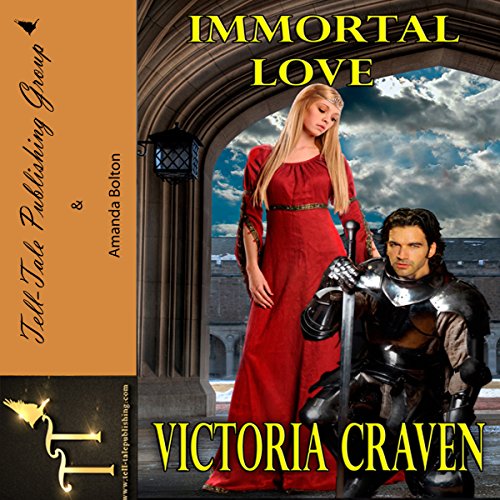 Though he's fought in hundreds of battles in a dozen countries, Dominick the Immortal has never know defeat. Now the king has given him his greatest challenge, to become the Lord of Godwin, and marry its lady, Eleanor. Upon meeting her, he is instantly attracted to the green-eyed beauty, but angered by the king's order she vows she will never love him. Dominick could see spirits of the dead his entire life, but after his capture during the Crusades he closed his mind to the tortured souls that were left to wander in eternal darkness. The door remained closed until the strong spirit of a woman broke through his barrier and warned him that Eleanor was in danger. Dominick had one more battle to wage, winning the lady's heart. Nearly succumbing to her greatest enemy after long months of bloody siege, Eleanor sends a messenger to beg for the King's help. He is her last hope of saving her beloved Godwin and its people. Eleanor gets more than she bargained for. Decreed by the King, her savior is to become her husband. Raised by an abusive father whose vile behavior led to her mother's death, Eleanor vows that she will love no man. Yet Dominick is like no other man she has ever met. Unexpectedly, she finds that the legendary warrior has both honor and compassion. Losing her resolve, she must face her greatest fear, losing her heart.

What listeners say about Immortal Love

I have never read a romance novel before, and this historical romance novel was wonderful. I always thought a romance novel would be gross but IMMORTAL LOVE was filled with love and drama! I highly recommend this book, either the hard copy, kindle, or audible. I enjoyed the audible version.