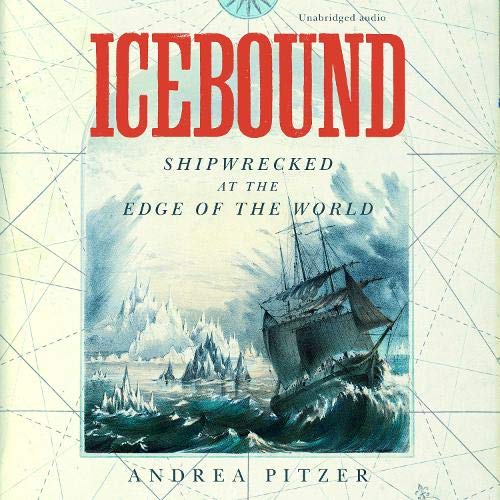 A dramatic and compelling account of survival against the odds from the golden Age of Exploration.

Since its beginning, the human story has been one of exploration and survival - often against long odds. The longest odds of all might have been faced by Dutch explorer William Barents and his crew of 15, who on Barents’ third journey into the Far Arctic in the year 1597 lost their ship to a crush of icebergs and, with few weapons and dwindling supplies, spent nine months fighting off ravenous polar bears, gnawing cold and seemingly endless winter.

This is their story.

In Icebound, Andrea Pitzer combines a movie-worthy tale of survival with a sweeping history of the period - a time of hope, adventure and seemingly unlimited scientific and geographic frontiers. At the story’s centre is William Barents, one of the 16th century’s greatest navigators, whose larger-than-life ambitions and obsessive quest to find a path through the deepest, most remote regions of the Arctic ended in both catastrophe and glory - glory because the desperation that his men endured had an epic quality that would echo through the centuries as both warning and spur to polar explorers.

In a narrative that is filled with fascinating tutorials - on such topics as survival at 20 degrees below, the degeneration of the human body when it lacks Vitamin C, the history of mutiny, the practice of keel hauling, the art of celestial navigation and the intricacies of repairing masts and building shelters - the lesson that stands above all others is the feats humans are capable of when asked to double then triple then quadruple their physical capacities.

"An epic tale of exploration, daring and tragedy told by a fine historian - and a wonderful writer." (Peter Frankopan, author of the best-selling The Silk Roads)

What listeners say about Icebound