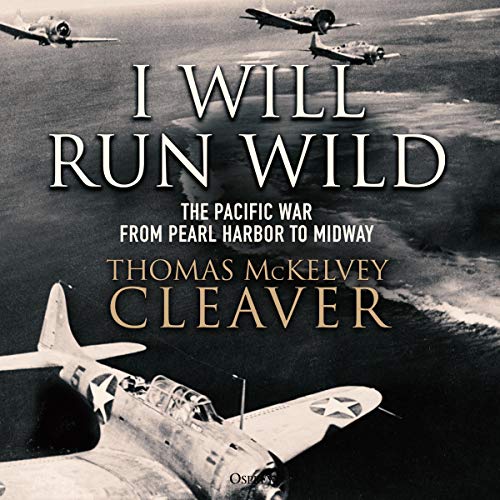 I Will Run Wild

In many popular histories of the Pacific War, the period from the Japanese attack at Pearl Harbor to the US victory at Midway is often passed over because it is seen as a period of darkness. Indeed, it is easy to see the period as one of unmitigated disaster for the Allies, with the fall of the Philippines, Malaya, Burma and the Dutch East Indies and the wholesale retreat and humiliation at the hands of Japan throughout Southeast Asia.

However, there are also stories of courage and determination in the face of overwhelming odds: the stand of the Marines at Wake Island; the fighting retreat in the Philippines that forced the Japanese to take 140 days to accomplish what they had expected would take 50; the fight against the odds at Singapore and over Java; the stirring tale of the American Volunteer Group in China; and the beginnings of resistance to further Japanese expansion. In these events, there are many individual stories that have either not been told or not been told widely which are every bit as gripping as the stories associated with the turning tide after Midway.

I Will Run Wild draws on extensive first-hand accounts and fascinating new analysis to tell the story of Americans, British, Dutch, Australians and New Zealanders taken by surprise from Pearl Harbor to Singapore that first Sunday of December 1941, who went on to fight with what they had at hand against a stronger and better-prepared foe and in so doing built the basis for a reversal of fortune and an eventual victory.

What listeners say about I Will Run Wild

I have read and listened to numerous books about WW2 in the pacific and this ranks among the best.