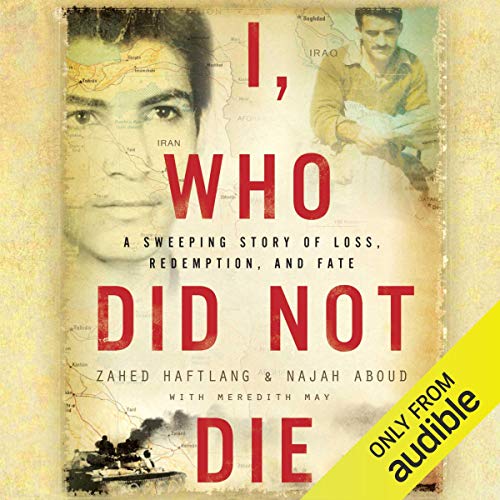 I, Who Did Not Die

I, Who Did Not Die

Khorramshahr, Iran, May 1982 - It was the bloodiest battle of one of the most brutal wars of the twentieth century, and Najah, a 29-year-old wounded Iraqi conscript, was face to face with a 13-year-old Iranian child soldier who was ordered to kill him. Instead, the boy committed an astonishing act of mercy. It was an act that decades later would save his own life.

This is a remarkable story. It is gut-wrenching, essential, and astonishing. It's a war story. A love story. A story of vast moral dimensions. An eloquent and haunting act of witness to horrors beyond grimmest fiction, and a thing of towering beauty. More importantly, it is a story that must be told, and a richly textured view into an overlooked conflict and misunderstood region. This is the great untold story of the children and young men whose lives were sacrificed at the whim of vicious dictators and pointless, barbaric wars.

Little has been written of the Iran-Iraq war, which was among the most brutal conflicts of the 20th century, one fought with chemical weapons, ballistic missiles, and cadres of child soldiers.

The numbers involved are staggering:

Rarely does this kind of reportage succeed so powerfully as literature. More rarely still does such searingly brilliant literature - fit to stand beside Remarque, Hemingway, and O'Brien - emerge from behind "enemy" lines.

But Zahed, a child, and Najah, a young restaurateur, are rare men - not just survivors, but masterful, wondrously gifted storytellers. Written with award-winning journalist Meredith May, this is literature of a very high order, set down with passion, urgency, and consummate skill. This story is an affirmation that, in the end, it is our humanity that transcends politics and borders and saves us all.

What listeners say about I, Who Did Not Die

It blows my mind what a human can endure. Be aware, this is true and very graphic. It moved me in so many ways. You may think that you couldn't relate, but on a human level, we all have hopes and dreams, love and families. I highly recommend this, even after all the ugliness there is real feel good story here.

Finished it in 3 days. Absolutely incredible story. It will bring you to tears, make you grateful for the life you have, and open your eyes to the goings on of a world far away from yours.

This book is unbelievable in the best way. I went into this story not knowing as much as I should about the Iraq/Iran conflict and learned so much about the human side. This story is heartbreaking and epic, their struggles are horrific yet leave you with hope. I am a big fiction reader but this reads like the best fiction adventure made better by the fact that it's true.