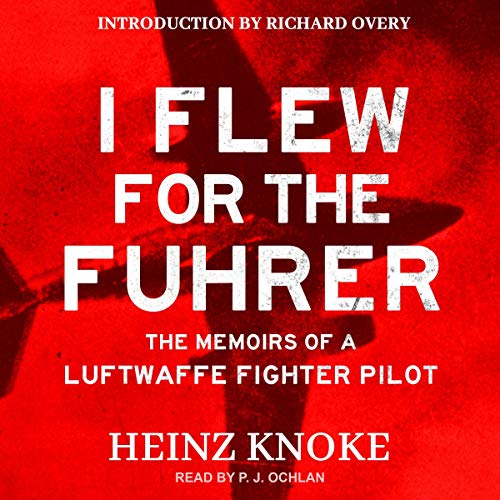 I Flew for the Führer

Heinz Knoke was one of the outstanding German fighter pilots of the Second World War. This vivid firsthand record of his experiences has become a classic among aviation memoirs and is a fascinating counterbalance to the numerous accounts written by Allied pilots.

Knoke joined the Luftwaffe on the outbreak of war, and eventually became commanding officer of a fighter wing. An outstandingly brave and skillful fighter, he logged over 2,000 flights and shot down 52 enemy aircraft. He had flown over 400 operational missions before being wounded in an astonishing "last stand" toward the end of the war. He was awarded the Knight's Cross for his achievements. In a book that reveals his intense patriotism and discipline, he describes being brought up in the strict Prussian tradition, the rise of the Nazi regime, and his own wartime career set against a fascinating study of everyday life in the Luftwaffe. He also reveals the high morale of the force until its disintegration. His memoirs are both a valuable contribution to aviation literature and a moving human story.

What listeners say about I Flew for the Führer

Very interesting wish it had a bit more detail

The book was well written and I enjoyed it, I wish it went into a bit more detail about day to day life in the luftwaffe and had more fine strokes. Very good none the less

To hear a genuine fighter ace of the Luftwaffe tell his story is fascinating. One wonders how he survived!