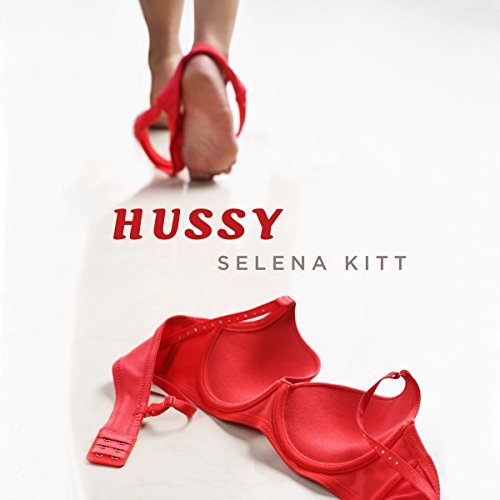 The Eskimos may have over a hundred words for snow, but that doesn’t even come close to how many words the English language has for “slut”—and Lindsey has been called them all. “Hussy” is Lindsey’s personal favorite, given to her by her own grandmother, who likes to pat her on the hand and whisper, “Don’t worry, dear—a hussy is just a woman with the morals of a man.”

But Lindsey’s not ashamed of her reputation. She knows she’s earned it—and she’s proud of it. After all, you only live once, right? In fact, she goes out of her way to make it known to every guy she comes in contact with, she’s available for the taking—the rougher, the better. That is until Lindsey meets Lieutenant Zachary Davis, a man who refuses to treat her like the trash she believes she really is.

But can Lindsey change her impulsive ways and learn to value herself the way the Zach does?

Note to Readers: This novel was previously released as “Falling Down.”

What listeners say about Hussy

Not for the Faint of heart!

This book isn't for the faint of heart! There are some scenes here that might be stomach-turning for some, but it really was a great book. I loved Zach and how much he loved Lindsey. The author developed two great characters and the relationship and how it turns out is sweet in the end. Plus, as I'm coming to know from Selena Kitt books, the sex in this was really hot! She just has a way with it, what can I say? You really will love this book if you give it a chance. I sure did!

Lacked depth of characters, little reason to like the main characters, and was ready like a 14 yr old girl. Language I worked thru hoping the story would improve, definitely not worth the time.

First if all the story is decent. I had to fight to listening to such a bad narrator.

Greatness with an Asterisk

The Good. Selena Kitt is genius. I have yet to be disappointed by anything of hers I've read. I was an instant fan since that first taste of her writing, and this proves to be no exception. I'd previously read this work and wanted to experience the hands-free version. Which brings me to...

The Not as Good. Taylor Quinn has a delivery style that doesn't hit my ears favorably. She always sounds like she is one the verge of laughter. Then there are times when she speeds through the reading. Usually on the sexy parts. It was jarring at first, but after additional listenngs, I was able to accept it.

In the End. The reading delivery doesn't detract from there overall story. The stuff on the page is the part that is ultimately going to stick out in your mind I would definitely buy this at full price.