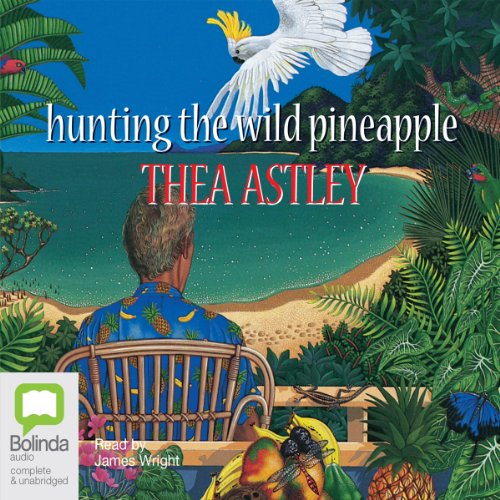 Imagine James Joyce’s Dubliners displaced to the tropical milieu of North Queensland and narrated by a wry, painfully self-aware and keenly perceptive middle-aged "monopod" failure named Leverson and you’ll come close award-winning Australian author Thea Astley’s superb collection of short stories, originally released in 1979, that run the gamut of human emotion and experience in its depiction of a varied cast of island denizens.

James Wright’s soulful performance masterfully captures the subtle undercurrent of optimism and warmth that runs through Leverson’s acerbic observations as well as the mosaic of Australian cadences and eccentric personalities that populate Astley's wonderfully realized Hunting the Wild Pineapple.

Leverson, the narrator at the centre of these stories, calls himself a "people freak". Seduced by north Queensland's sultry beauty and unique strangeness, he is as fascinated by the invading hordes of misfits from the south as by the old established Queenslanders. Leverson's ironical yet compassionate view makes every story, every incident, a pointed example of human weakness - or strength.
©1979 Thea Astley (P)2009 Bolinda Publishing
Anthologies Literary Fiction
Show More Show Less

What listeners say about Hunting the Wild Pineapple

Enjoyed this book, without doubt! Wonderful storytelling, backed up with a variety filled with charm, wit and little hint of humour.