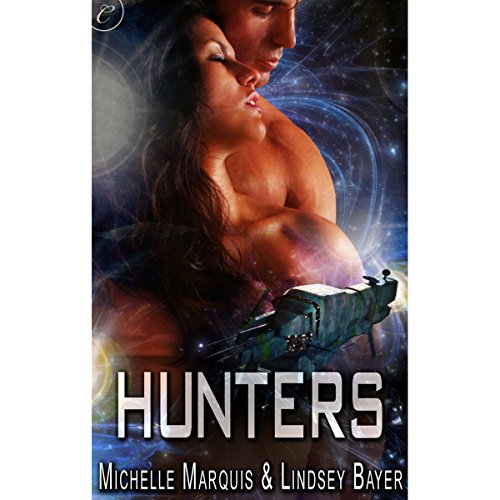 Kirillian Harmony Knox was one of the most successful bounty hunters in the galaxy—until a brain-eater named Prime became her only failure and escaped, landing her in jail. Now free, she’ll stop at nothing to catch him and stop his murderous rampage.

Unfortunately for Harmony, fellow hunter Bart Tanner has the only available transport. Arrogant and ruthless, Tanner is known for killing most of his bounties. Harmony can’t stand him—yet she can’t deny the deep sexual desire sparking between them.

When Prime puts out a hit on Harmony, things intensify, and Tanner realizes their lust has turned into something deeper—but if he and Harmony aren’t careful, more than just their lives will be at stake….

What listeners say about Hunters

Must listen... if you enjoy syfi with heat and a great adventure please pick this up one up. This was the first for me by the author and sad was over.