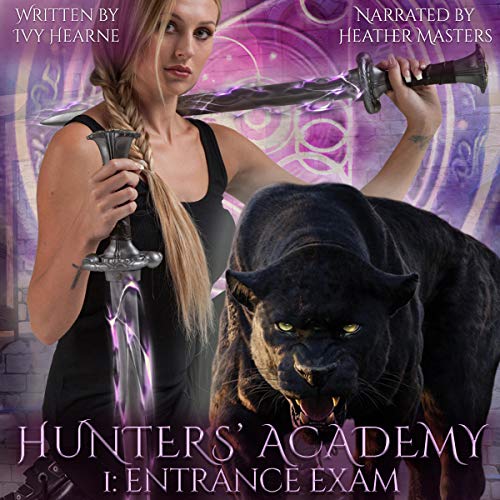 Survive or die. It's not much of a school motto, not as inspiring as, say, "Let us give light to the world" or "Knowledge is liberty", or even just "Light and Truth". Those are all real school mottoes. So is this one. It belongs to the Hunters' Academy. And now, so do I.

Since she was 12 years old, Kacela Deluca has suffered debilitating migraines. On the eve of her 16th birthday, she learns her headaches are the result of untapped psychic abilities. She's given a choice: continue to suffer or leave behind everything she knows and join the Hunters’ Academy. The only catch? If she doesn’t pass the entrance exam, she’ll die.

A teen with blocked psychic powers, a panther shifter who can't - or won't - shift, a secret academy, and the power to defend the entire world...if only Kacela can unleash her potential before it's too late.

Entrance Exam is episode one of Hunters’ Academy - expect a new episode every month!

Very good, it's to bad there wasn't more. There seems to be plenty of room to continue the story though and maybe add a little length.