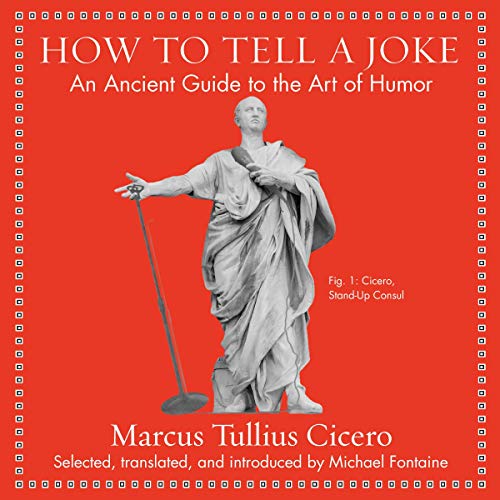 How to Tell a Joke

Can jokes win a hostile room, a hopeless argument, or even an election? You bet they can, according to Cicero, and he knew what he was talking about. One of Rome's greatest politicians, speakers, and lawyers, Cicero was also reputedly one of antiquity's funniest people. After he was elected commander-in-chief and head of state, his enemies even started calling him "the stand-up Consul". How to Tell a Joke provides a lively new translation of Cicero's essential writing on humor alongside that of the later Roman orator and educator Quintilian. The result is a timeless practical guide to how a well-timed joke can win over any audience.

As powerful as jokes can be, they are also hugely risky. The line between a witty joke and an offensive one isn't always clear. Cross it and you'll look like a clown, or worse. Here, Cicero and Quintilian explore every aspect of telling jokes - while avoiding costly mistakes. Presenting the sections on humor in Cicero's On the Ideal Orator and Quintilian's On the Orator's Education, How to Tell a Joke examines the risks and rewards of humor and analyzes basic types that listeners can use to write their own jokes.

Filled with insight, wit, and examples, including more than a few lawyer jokes, How to Tell a Joke will appeal to anyone interested in humor or the art of public speaking.

What listeners say about How to Tell a Joke

Some of the quips did go over my head but I have the physical copy so I can revisit them. Very subtle humor but still holds true to today when it comes to humor. Gives you an insight on the philosophical nature of comedy.