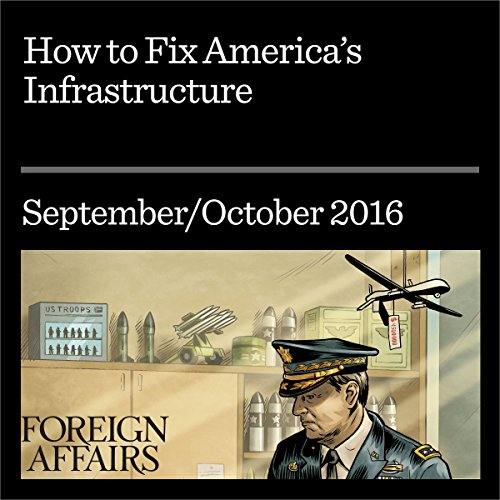 How to Fix America's Infrastructure

Just after 6 PM on August 1, 2007, at the peak of rush hour, 111 vehicles were driving across the I-35W bridge over the Mississippi River in downtown Minneapolis when a thin metal plate in the bridge’s central span ripped. The bridge collapsed, plunging vehicles and passengers into the river more than 60 feet below. Thirteen people died, and 145 were injured.

"How to Fix America's Infrastructure" is from the September/October 2016 issue of Foreign Affairs.

What listeners say about How to Fix America's Infrastructure