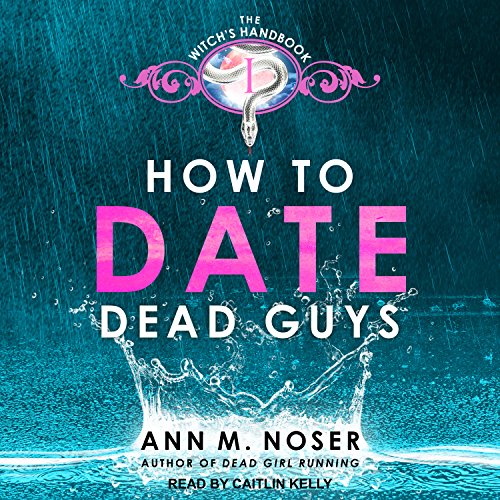 How to Date Dead Guys

College sophomore Emma Roberts remembers her mother's sage advice: "don't sleep around, don't burp in public, and don't tell anyone you see ghosts." But when charming Mike Carlson drowns in the campus river under her watch, Emma's sheltered life shatters.

Blamed for Mike's death and haunted by nightmares, Emma turns to witchcraft and a mysterious Book of Shadows to bring him back. Under a Blood Moon, she lights candles, draws a pentacle on the campus bridge, and casts a spell. The invoked river rages up against her, but she escapes its fury. As she stumbles back to the dorm, a stranger drags himself from the water and follows her home. And he isn't the only one.

Instead of raising Mike, Emma assists the others she stole back from the dead - a pre-med student who jumped off the bridge, a desperate victim determined to solve his own murder, and a frat boy Emma can't stand...at first. More comfortable with the dead than the living, Emma delves deeper into the seductive Book of Shadows. Her powers grow, but witchcraft may not be enough to protect her against the vengeful river and the killers that feed it their victims.

What listeners say about How to Date Dead Guys

It has been awhile since I decided to actually write a review, I only usually rate the books I listen. And I hope "Ann M. Noser" sees this review so she can release her 2nd book soon!!! (I know there is book 3 too)
I absolutely love the story and when you listen all the way till the end its like...I want more. Cos the story can't just end like this. I listened to a few books with somewhat the same story as this book, but what made this book special is the main character played around with witchcraft, just so she could stop feeling guilty and what she got is totally not what she expected to get.

Both did amazing jobs!!

Mmmmm well the story it self was good but

There was no happily ever after. I feel like there should be a part 2. Am I missing something?

The story is pretty intriguing BUT it takes almost the whole book to get to the meat of the story. That was disappointing when so much more could have come out of finding out why certain things happened. Plus, there was some questions even the character thought of, which had a very valid point, but no one answered them. (Why wouldn't you come back for a book that had been missing for almost a year.....) Otherwise, still a good listen, not sure I'll continue with the series though.