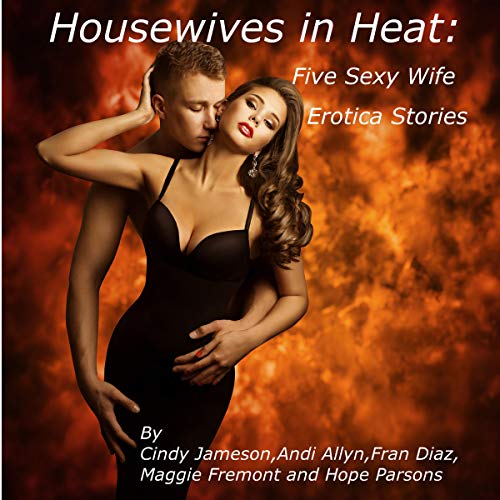 How do you like the thought of this hot wife story?

When I overheard my husband say our sex life wasn’t great, I had to agree. My job as an executive kept me busy, and his job did as well. I decided to spice things up and surprised him with a beautiful near-naked woman. You should have seen the look on his face when I walked in and saw her. I was supposed to wait in the closet, but I just couldn’t keep myself from getting involved! Can you blame me? I got to have my first lesbian sex, and I also got to see my husband take the woman for her first anal sex!

This lovely slut wife tale is only one of the stories you’ll find in this collection.

Here are the rest of the stories:

Rick and I really hit it off with Evie and Mark. They were just like us when we were younger, and we became fast friends, my husband mentoring Mark and me mentoring his wife. When I was hired to do some graphic design work for a production company making a documentary about swingers, I included Evie to help her get some experience for her resume. That opened up a whole new way of thinking about each other and before we knew it, we were doing a whole lot more than talking about swingers! Suddenly, Evie and I were the wives being swapped!

Maddie and Julie are best friends, and they've been more than just a little open about the way they really want their husbands to unwind. So, when the annual joint vacation comes up, they decide they're going to do something about it. They leave the campsite for the lake in bikinis, but by the time their men show up, they don't have a stitch of clothing on. The boys don't know what hit them when they see their wives making out naked in the water. That's nothing compared to what comes next, though. When the men get out of the water, the wives decide to warm them up. The only thing is...they each head for the other one's husband!

When I told my friend I wished there was a way to spice up my sex life with my husband, I never expected her to tell her husband. I certainly never expected him to invite us to a sex club! Before I knew it, my husband and I were introduced to world of swingers and group sex that I never even knew existed before! I had my first lesbian sex and took on three men at once!

What listeners say about Housewives in Heat