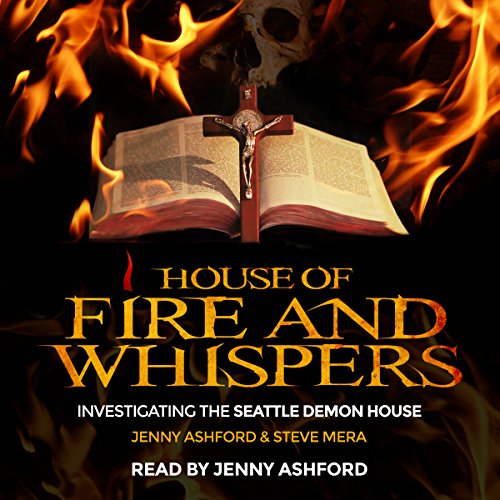 House of Fire and Whispers

Keith Linder's reports of a spectacular haunting at his Bothell home became fodder for intense media attention after a well-known paranormal TV show investigated his case and came up empty. But that was really only the beginning of the story. Desperate for help, Keith contacted a team of experienced parapsychologists in England, who flew over 4,000 miles to discover the truth about the Linder house. What they found when they got there proved to be the most baffling, frustrating, and potentially terrifying case they had ever encountered. This is the true story of Steve Mera, Don Philips, and a real parapsychological investigation into America's most controversial, and perhaps most incredible, series of paranormal events.

What listeners say about House of Fire and Whispers

Loved the story...the narrator, not so much

Sorry, but it sounds like the narrator is reading a assignment out to the class at school. Maybe that's intention. To me it jarred a little after a while.

loved it. very well presented. interesting story and I really enjoy listening to Jenny. some narrators could put you to sleep but Jenny is enjoyable to listen to.

I found it interesting !

It could be that the story is local to me, I found it to be intriguing, if anything you should think about the what if’s in our world and continue learning .

The author does a nice job of narration, however the recording has a tin
Can sound to it.

I did buy all the authors audible books after I listened to this one.
They all have been good so far.

kept me listening. the Author sounds very competent and attractive. no one wants to listen to an old woman read a book, let's be honest. the book was objective and factual. I feel it needed to be writen after the whole Ghost Adventures debacle. shame on you Zack Baggins, if that's your real name.

Fascinating to listen to!

I listen to audiobooks and podcasts while I clean and I wanted something spooky for October. I found Jenny's podcast and got hooked, so I had to get an audiobook too! I'm familiar with this case and it is endlessly fascinating and Jenny covered the case so well. I'll definitely listen to it again in the future, as it was so entertaining.