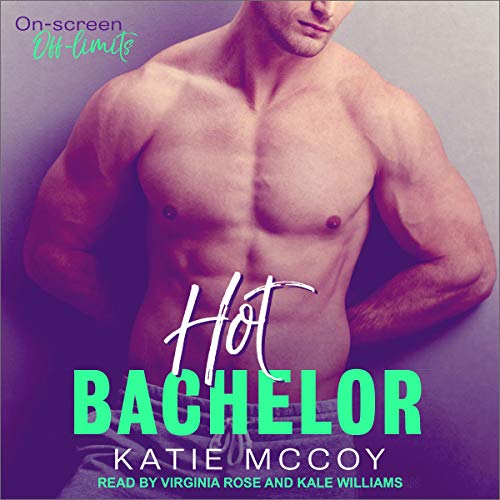 I just landed my dream summer gig: working as a production assistant on TV's smash-hit reality show, Ever After. Two months of sun and fun at the beach? Sign me up! Until the moment I come face to face with this season's bachelor, racing's bad boy Dash - a.k.a., the mysterious hottie I just hooked up with at a creepy motel off the I-80.

Can you say, awkward?

Dash is sexy, charming-and totally off-limits. But the chemistry between us is way too hot to ignore. He's playing to win, and he's got his sights set on the prize: me!

Soon, the action is heating up off-screen. But between ratings-hungry producers, back-stage drama, and 12 of the most cutthroat glamazon contestants known to womankind, I'm in way over my head. Can I find my happily-ever-after, or will it be lights, camera, heartbreak?

What listeners say about Hot Bachelor

Ok but not great

I really wanted to like this one. I skipped the first book because I though the storyline for this one would be better. While this book did have a really good beginning full of promise especially given that it had me laughing out loud and grinning ear to ear and even topped it off with some nice hot and steamy sex scenes, it just got too caught up in knocking of the ABC TV show The Bachelor even though it tried to focus more on the off the scene drama. Once the lead characters got tied up in the show the rest of the book just became way too predictable. I liked their secret night on the town after that one contestant abruptly left the show, but they didn't really get more time like that, just random bootycalls. While it did end in a HEA by then I was just listening to here how the hookup scenes went down since I already knew how the remainder of the story was going to go down with forcing him to focus on the other girls then letting jealousy make her whiny and blame him for only doing what she asked him to do and then even after knowing the kind of manipulative snakes they work for he of course blamed her for betraying him instead of hearing her out and believing her. Typical misunderstandings and drama which wasn't needed if the narrators had more of an imagination to make the plot twists really worth listening to. The narrators, however, were awesome and made this half-filled story come alive. A one time listen for me.