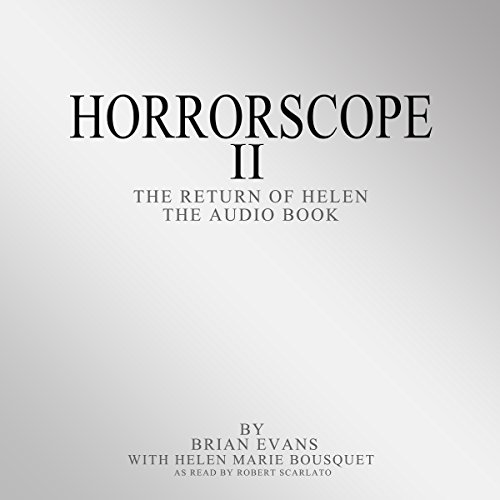 Horrorscope II: The Return of Helen

Horrorscope II: The Return of Helen

Helen Wilson is back in Horrorscope II.

When a psychic is forced by the mafia to provide them with predictions of their forthcoming criminal plans, she was murdered in Horrorscope, the first novel in this trilogy. Her death caused a physical manifestation of the signs of the zodiac signs, who have sought revenge for her murder.

AC Nicolo and his brother Mauro return as the two seek Helen's heir, and whether or not that person has the same powers that she did. Detective Merton Howard and Captain Frank Delaney also return as they have been given the responsibility of protecting Helen's sacred table, who finds where it belongs, just as it once did for the great Nostradamus.

What listeners say about Horrorscope II: The Return of Helen