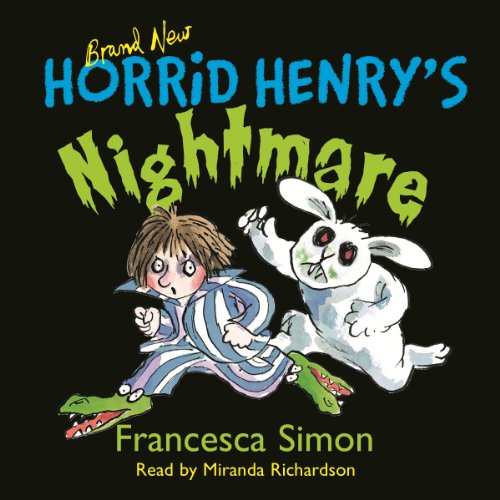 Four hilarious new HH stories - HH's Mother's Day, probably not the day his mum looks forward to most in the year, HH's Nightmare where Henry's chased by a ghost bunny with huge teeth, a wailing graveyard ghost and, for good measure, a slimy zombie, then a new story about one of his greatest enemies in The Return of the Demon Dinner lady and last but not least Fluffy Struts Her Stuff.

Read by Miranda Richardson. Miranda Richardson has appeared in films such as The Hours, Sleepy Hollow, The Crying Game, Empire of the Sun and Harry Potter and the Goblet of Fire. TV work includes A Dance to the Music of Time, Jackanory, Queen Elizabeth in Blackadder and Queen Mary in The Lost Prince. She has won two Spoken Word awards for her inspired readings of Horrid Henry and the Secret Club and Horrid Henry's Stinkbomb audiobooks for Orion.

To loud and not very nice