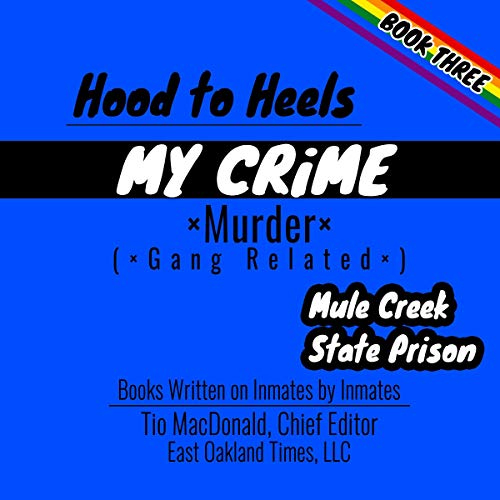 Lawrence was sentenced to life in prison. He owned and drove the car sighted in a gang-related killing. As a leader in a bloody feud with a rival gang, Lawrence had, for some time, terrorized Los Angeles’ neighborhoods. Before his arrest, he sensed his days on the streets were numbered. As a financial precaution for his absence, Lawrence purchased sums of larger sized clothes for his infant son.

Lawrence's intuition was correct, he was to leave the streets, yet Lawrence could not have mentally conceived the true transition that lay ahead. Lawrence was on his way to becoming Lauren, a transgender woman of color.

From Hood to Heels is the unbelievable true story of a child raised in violent circumstances who became the epitome of extreme violence while at the same time holding tight to an inner secret of female identity.

From Hood to Heels presents two stories in one: first, the personal experience of a child born in violent circumstances; you will come to know the world of drug dealing, gangs, and violence. You will grow uncomfortable as children make life and death decisions that often increase the circle of violence. You will find out how crimes, such as carjackings and crack dealing, are perpetrated. You will witness the racial divisions found in Los Angeles neighborhoods pitting Hispanic gangs against black American gangs. The first story of From Hood to Heels is a true American tale of a life born behind the 8-ball as told with gravity, frankness, and doses of humor.

The second story marks the birth of Lauren, a transgender woman of color. The second story reveals the deliberation period for a person in identity conflict. You will stay up late with Lauren, as her mind swirls in the consideration of who she is. You will cross bed bunks with Lauren as she carves out her sexual identity. With Lauren, you will visit the prison psychologist and with Lauren, you will confront former gang associates as they challenge Lauren's identity change.

From Hood to Heels is the story of Lauren, her upbringing, her adolescence, her crime, and her transition into womanhood as told by Lauren to a fellow inmate writer.

What listeners say about Hood to Heels: Gang Related Murder

very good book. well written. the performance was great. I loved his voice. I just wasn't crazy about some of the language. But overall a great book.