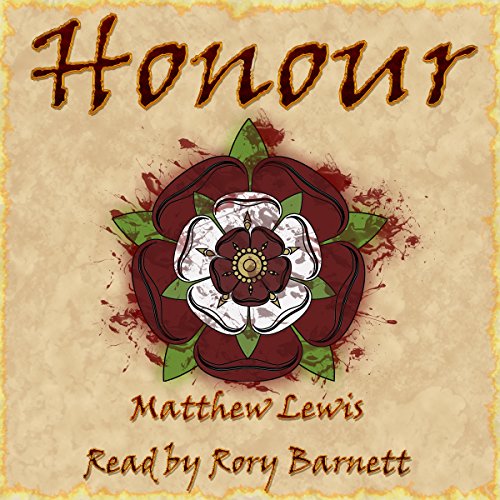 In this sequel to Loyalty, Hans Holbein returns to London in search of royal patronage, a secret from his past will define his future in a new, terrifying way.

The story that he knows did not end at Bosworth. In the aftermath, Henry Tudor must try to secure his dynasty against unending, unseen threats. From the ashes of all that they knew, those who cannot accept King Henry's rule must find a place in the new world being forced upon them.

Francis, Lord Lovell has survived the battle. Now he must survive the peace. He must protect King Richard III's greatest secret or doom England to more years of bitter conflict.

Who does the truth belong to?

What listeners say about Honour

I thoroughly enjoyed the first novel in this series Loyalty - narrated by Matthew Lewis. Unfortunately this is a poor second cousin to it. The story rolls along in a very similar vein to the original but I am not sure if it is just the book being not as good or it is the narrator that spoils it for me. This is the best argument for not (if you can help it) changing narrator within a series of books.

There are some interesting historical theories regarding the aftermath of the Wars of the Roses but the telling of the story - or the reading of it - made it sound more like a children's book read by a teenager to me. There was little gravitas to the voice which I felt the story needed. Still, like most things, it's all a matter of taste; some may love it!