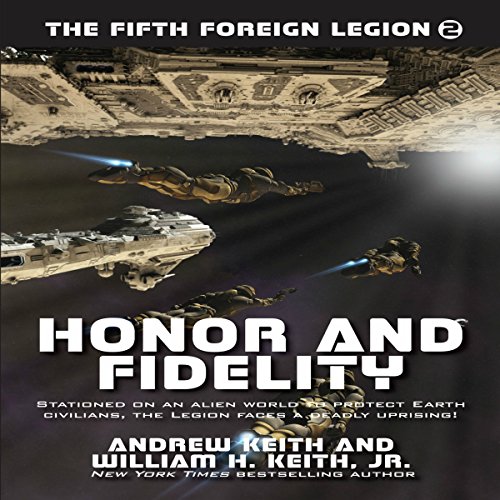 It was an easy assignment on a peaceful alien world until the natives attacked.

The Sandcastle, on a water world on the fringe of Earth’s expanding empire, houses the Fifth Foreign Legion, troops sent there to protect the interests of Seafarms Interstellar, a powerful Terran corporation.

At first, Captain Fraser thought his biggest problem would be keeping the Legionnaires from getting too bored. But that was before the Free Swimmers, the nomadic ocean clans, attacked and nearly overran the Sandcastle.

Suddenly, the Fifth Foreign Legion is facing a seemingly unstoppable alien army equipped not only with their native crossbows, but also high-tech offworld weapons that might just spell the end for the Fifth, as well as, the Seafarms civilians they have sworn to protect.

What listeners say about Honor and Fidelity