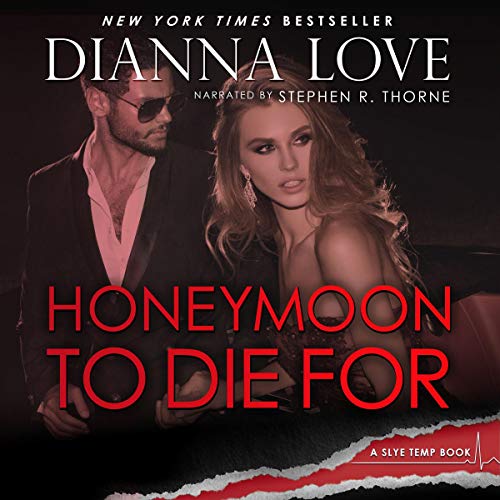 Honeymoon to Die For

She's convinced he's guilty. He knows he's not. Can they survive long enough to prove who's right?

Former Slye agent Ryder Van Dyke is facing conviction for a murder he didn't commit. When his last hope for freedom disintegrates, the FBI offers a deal - a commuted sentence if Ryder helps them nail a deadly criminal...his father.

FBI analyst Bianca Brady wants justice for the death of her best friend. Now all she needs is proof that the Van Dyke patriarch is guilty of funding terrorist operations. She's willing to do whatever it takes to make Van Dyke criminals pay, or so she thinks. But there's a catch. The only way to get an FBI agent inside the family compound and Van Dyke Enterprises is as Ryder's legal wife.

Ryder has his own plan - to prove his innocence or use his Special Forces skills to disappear.  But deadly secrets, an international security threat, and a killer with a vendetta force Ryder to make the ultimate choice - give up his freedom or risk the life of the woman who's stolen his heart.

What listeners say about Honeymoon to Die For

I can't get enough.

I didn't think I could enjoy an espionage book or series as much as I do this one. I usually have a hard time remembering where I am in the plot but this series has me captivated.