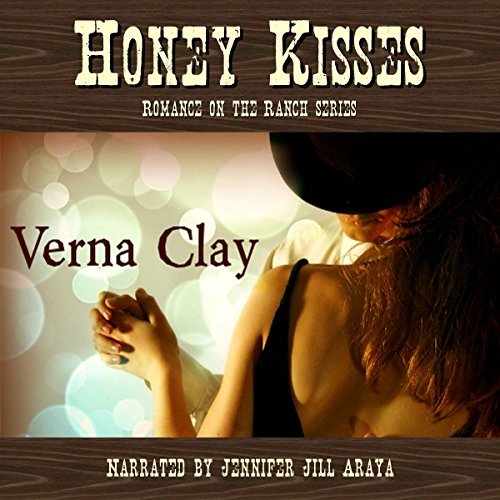 Ann Hackstetter first met Jackson Martinez while vacationing at Lazy M Dude Ranch with her husband and teenage son. Part of the "dude" package was a night of fun at Boot Bustin' Barn. At the time, Ann suspected that Sage Tanner, owner of Lazy M, bribed Jackson to ask her to dance as a way of making her inattentive husband jealous. On a whim, she danced with him. Little did she realize he would awaken emotions long suppressed. Of course, she ignored those emotions. Now, five years later, she's a widow--a destitute widow. Over the years, her son's friendship with Sage's daughter, Julie, has blossomed, and now they're getting married. Wedding responsibilities have temporarily taken Ann's mind off her desperate situation. At the reception, Jackson asks her to dance again--reawakening those emotions. He makes her feel twenty-one, instead of forty-one.

Jackson Martinez has an easy way with the women, but the one woman who sets his heart to racing is Annie Hackstetter. She's older than him, has a grown son, and probably has an aversion to men after being married to a jerk. When Sage reveals Annie's sad state of economic affairs and says she's looking for a job, Jackson knows his heart is in trouble when he offers her a position managing his household so he can concentrate on running his cattle ranch. Unknown to him, or anyone else, Annie has a secret.

What listeners say about Honey Kisses

Great second book in the series

great story one again from Verna Clay. The is 4 years after the first book in the romance on the ranch series. This one will keep you guessing to the very end. Ann steals $50,000 dollars to pay back her dead husbands gambling debts from her employer Jackson. Jackson has it bad for Ann. He is falling in love with Ann. What will Jackson do when he finds out the Ann has stolen $50,000 dollars from his bank accounts. Narrator Jennifer Araya did a great job. Loved every minute of the book. 5 out of 5 from me.

There is so much to love about this book. The romance is sweet. It's the kind of romance that gives you tingles and wanting more. Verna Clay does that. Every. Single. Time.

Ann Hackstetter's louse of a husband dies, leaving her penniless, insurance cancelled and her home heavily mortgaged due to his gambling. This leaves Ann homeless and needing a job but the only thing she thinks she can do is housekeeping. It just so happens, however, that Jackson is in need of a person to run his household on his ranch, and he has had his eye on Ann for a long time... for more than just her cleaning abilities.

SPOILER HERE - Don't read this paragraph if you don't want to know! Things seem to be looking up for Ann until she's confronted by a bad man who claims Ann's husband died without repaying a big debt to him. When Ann explains that she has no money, the man forces her to get the money from her wealthy friend. That's when Ann does the unthinkable. She hacks into Jackson's computer and steals $50,000. Oh my! That's also when I almost stopped listening to the Audible version of the book I was listening to. How could she steal from such a great guy! Jackson is Mr. Perfect! But I'm so glad I didn't give up because things had a way of working out, but not the way you would expect. Ann redeems herself by working with the FBI as an exotic dancer and computer hacker to put the bad guys out of business.

The beginning of the book was a bit slow to start, but when things heated up they heated up fast.

I listened to the audio of this book. It was a quick story. I didn't read the first book, so was a little lost in the beginning with all the people at the wedding. Story seemed somewhat rushed, I was not expecting the background of the heroine and the twists and turns that occurred in the story. I thought the narrator did a good job with the story.

Honey Kisses, Romance on the Ranch Book 2 by Verna Clay is the second book in the series, but was perfectly fine as a standalone IMO. I haven't read the first one, but I didn't feel that I was missing anything by picking up the series with Book 2. This is the sweet tale of Annie and Jackson's romance. Annie is the older woman whose husband recently passed away. Jackson is the wealthy, younger man who has liked Annie for quite some time. Annie starts working for Jackson and sparks seem to be flying...then Annie does something really dumb that I found was quite the turn-off as far as listening goes. At that point, I honestly just didn't really like the story. Well, things turn out all well in the end, but eh, I won't rush to listen to the next book in the series if the characters are as flawed as Annie. Not that flawed characters are bad, but in this case, it just turned me off from what I thought was a sweet, innocent love story.

Jennifer Jill Araya brought the characters to life with her narration. Though she has a definite feminine voice, she handled the male voices with ease. It was a nice and easy listen and I didn't have any trouble figuring out which character was talking at any given time. I'd listen to more of her narrations without hesitation. I was voluntarily provided this free review copy audiobook by the author, narrator, or publisher for an honest review.

Did you find this review helpful? If so, would you please take a moment and select the 'helpful' button below? Thanks so much!

This is a really sweet and suspenseful romance that grabs you from the beginning to the end! I enjoyed listening to this and getting to know the characters. The storyline was well written and the characters nicely developed. You can't help to fall for them all. This book two of the series but you can listen to it without hearing the first one beforehand, although I think it would enhance the listening experience for this installment. I thought the narration was very well done. Jennifer Jill Araya gave each character their own voice and emotions. She really brought their personalities to light and truly made listening to the story that much more enjoyable.

Ann is 41, and attending her son's wedding, where she dances with Jackson, 31. These two met several years before and though their lives were much different, their attraction was strong. Now a widow, Ann has had major life changes, and needs to find a job and Jackson has the perfect one for her running his household. With her so close, will their smoldering attraction ignite? With a cast of characters that are full of life, Clay cleverly integrated a few twists, so just when you think you know how things will go, a new surprise comes at you. Ann is not your everyday housewife, and Jackson not just a ranch owner. With their age difference and secrets, we get to be with them as with lives evolve and find their happily ever after.

Jennifer Jill Araya breaths life into this story with her wonderful narration. I love her voices, each with their own personality and style. There are a lot of characters in this book, and she is able to easily differentiate between each one which makes the listen enjoyable. Her voice is so easy to listen to, I can't wait for the next one!

It's always the story ... an older guy is into younger... much younger.... ladies. But hey, ladies can play too! Anything can happen at Lazy M Dude Ranch, after all! This is about an older (not THAT old lol!) lady and a younger man.
You meet someone who sparks an interest, but timing couldn't be worse. Now your life is in turmoil, and you're brought back to that spark once again... .timing is still crazy, can that spark ignite? Better read and find out!
Loved the story and narration, will definitely be up for listening to more in the series :)
I was given this free review copy audiobook at my request and have voluntarily left this review.

This was an easy narration to listen to, the flow was smooth and at no time did I feel as though it was lagging. I didn't feel like the narration was taking away from the story or vice versa. Overall, this was what I considered a "sweet romance" with a hint of heat.

I went into Honey Kisses not having read book 1 of the series and I still followed what was happening perfectly fine. Saying that I think I will go back and read Dream Kisses because I did enjoy the author's writing.

The beginning of Honey Kisses starts with a wedding of Ann's son and Sage's (from the first book) daughter. There were a lot of character descriptions at the beginning coming really fast but I the information is not crucial to the story if you don't retain all of it.

The author did very well at incorporating a lot of different characters and family members so you can tell the stories will just go on from here.

Western romance with an unusual twist!

This audiobook is quite entertaining. I love that several relationships between older women and younger men are featured amongst the supporting characters as well as Jackson and Annie. I enjoyed the surprise twists in the plot. I like how complex Annie and Jackson's are. Both are damaged by unfortunate pasts but willing to make a go at a different future. I especially enjoyed the way the book seemed to meander when appropriate and gain momentum at just the right times.

Overall a fun, action filled (though not packed), sweet romance that rates quite high on the feel-good factor.