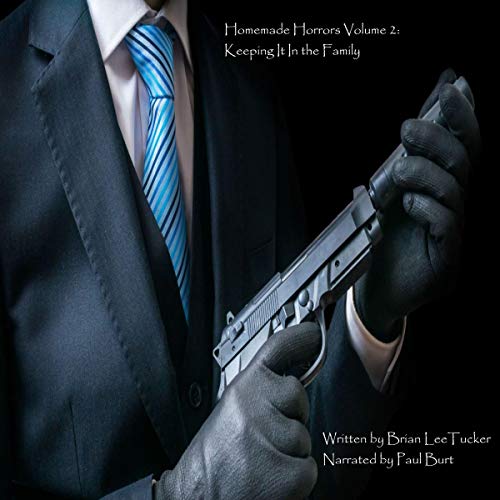 In Homemade Horrors, Volume 2: Keeping It in The Family, he takes us on another short and sweet and ultra violent journey into the lives of some of the Mafia's most ruthless and feared mob assassins - some of whom were also born into the family business.

Among the infamous hitmen profiled are “The Iceman” Richard Kuklinski, who boasted of killing over 100 men; Salvatore Testa, a hitman who thought nothing of murdering a whole houseful of people - including women and children; and Giovanni Brusca, a man so cold hearted he killed scores of innocent bystanders with a bomb he placed at an airport - just to make sure he killed one man in particular.

Coming soon: Homemade Horrors, Volume 3: Women Who Fought Back. Brian Lee Tucker tells the real life stories of women who suffered at the hands of abusive husbands, were victims of rapists, or left for dead - but lived to tell the tale - and got revenge against their tormentors.

The author chose fascinating subjects for this book however the biographies of them were so brief that it always left me wishing for more. Though this book is listed at one hour and 36 minutes, the biographies of the mobsters really only lasts for about an hour (the remaining thirty minutes are a preview of another book by the same author about serial killer Aileen Wuornos). Being only an hour in length, there was certainly room for the author to go into more depth about each of the subjects he chose to cover, and the additional details and story would have been most welcome. Still it was an enjoyable listen especially with the chilling narrative style brought by narrator Paul Burt.