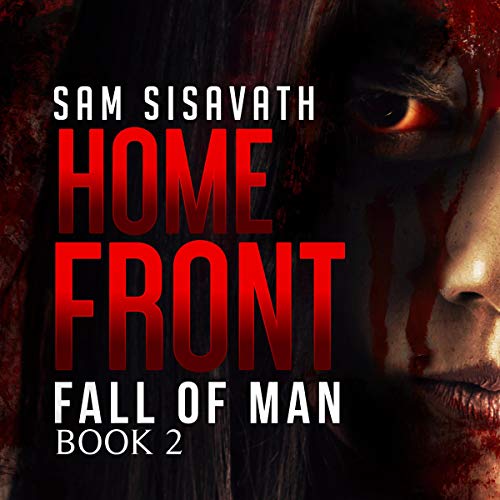 The end of the world comes home.

Emily Ristler is six weeks pregnant when the beginning of the end blows up her utopian dream. Moving out to a peaceful subdivision beyond the city limits should have put her beyond the reaches of life’s insanity; a waterfront paradise to start a family.

But with Cole caught in the heart of the city during a mysterious phenomenon that has devolved man into a primal predator with a single urge - Kill! - Emily must hold the home front until he returns.

She’s not alone, but there’s no one she can really count on except herself. It’s a good thing, then, that Emily is no ordinary suburban housewife.

The world is spinning out of control, and Man has turned against one other.

Then things start getting really bad.

It’s kill or be killed, and Emily has everything to live for.

What listeners say about Homefront

It’s hard to get a different twist on these post apocalyptic novels, but this one does. Husband and wife kick as team. Zombies that aren’t really dead just really crazy.