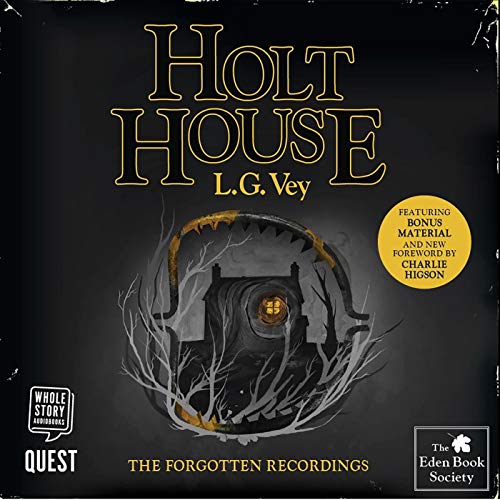 Some 40 years after they were originally first put to tape, the forgotten recordings of the Eden Book Society are finally being released to the public for the very first time. Established in 1919, the Eden Book Society was a private publisher of horror for nearly 100 years, creating cult classics that have been lauded by writers such as Ramsey Campbell, Andrew Michael Hurley and Alicia Whitely.

Now, with the recent discovery of these long-lost recordings, produced almost 40 years ago and hidden in the basement of the Eden Book Society's home, W F Howes is finally giving listeners their chance to experience these recordings as they were originally produced all those years ago. Complete with extra bonus material derived from the Eden Book Society's own records, as well as a foreword from renowned comedian, actor and writer Charlie Higson (The Fast Show, Broadchurch), these audiobooks offer a fascinating insight into nearly a century of unseen horror.

This is the first book in the series - Holt House by L G Vey.

It's a quiet house, sheltered, standing in a mass of tangled old trees called the Holtwood. Raymond watches it. He's been watching it, through a gap in the fence at the bottom of the garden, for weeks. Thinking about the elderly owners, Mr and Mrs Latch, who took him in one night when he was a frightened boy caught up in an emergency. Mr Latch showed him something that was kept in a wardrobe in the spare room. He can't remember what it was. He only knows how sick it made him feel. Raymond watches Holt House. He has to remember what he saw. He has to get inside.

What listeners say about Holt House

I really enjoyed this story!

It was quite different from anything else that I have read. I personally thought it was a great short read and look forward to the next one!