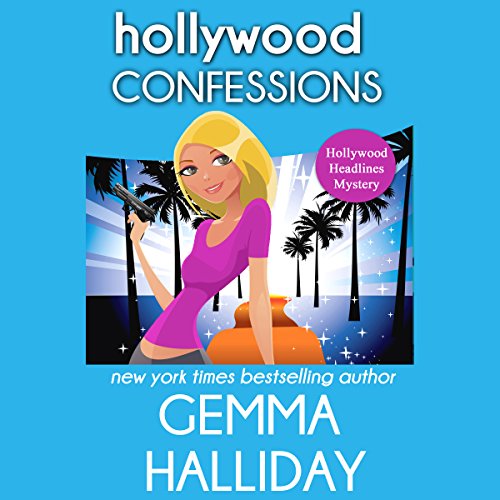 Allie Quick has high aspirations - much higher than reporting on the latest celebrity gossip for the L.A. Informer, Hollywood's most notorious tabloid. But if she's going to join the ranks of the real reporters, she's going to need a headline-worthy story under her belt. Which is just what she gets when the producer of the trashiest reality shows on TV winds up murdered and Allie convinces her editor, Felix Dunn, that this story has her name written all over it.

Between an aging dance-off judge, a family with sextuplets and triplets, and the star of a little-person dating show, Allie has no shortage of reality stars to question. But when she finds herself falling for her prime suspect, Allie's relationship with her editor is suddenly on the rocks, and her life is in danger. This is one deadline Allie can't afford to miss!

What listeners say about Hollywood Confessions