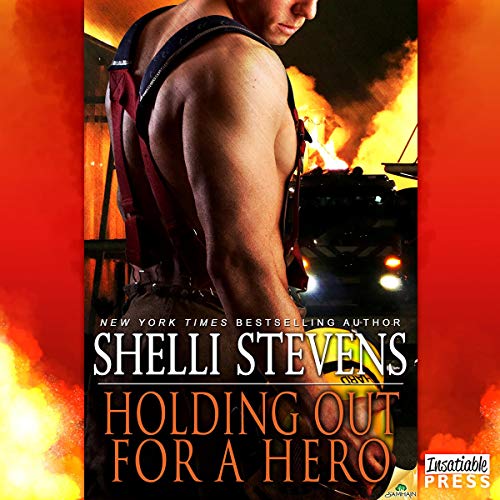 Sheriff Tyson Wyatt is positive the sexy new girl in town is hiding something. While he uncovers her secrets, he plans to uncover some other things too. Like how she feels under the covers.

Eleanor is hiding out in Wyattville to avoid testifying against her drug-dealing ex-boyfriend. Soon she realizes that Tyson might be as dangerous to her heart as her ex is to her life.

When the love of her life returns from Afghanistan emotionally distant, Megan Asher is forced to call off their wedding. Brokenhearted, she tries to move on.

Trevor Wyatt thought Megan would be better off - and safer - as far away from him as possible. Until he returns home and discovers Megan is dating. Yet reclaiming her unleashes the demons he never wanted her to witness....

Kate has always been the Wyatt brothers' de facto little sister. After years of nursing her crush for fireman Todd Wyatt, she decides to offer him something more than free cupcakes. One surprise kiss, and suddenly Todd's resistance is crumbling fast. And when someone attacks her bakery, the phrase "protective instinct" takes on a whole new meaning.

What listeners say about Holding Out for a Hero: Books 1, 2, and 3

Poorest narration and production ever

Although the stories were ok for a formulaic romance, the narration was atrocious. The narrator read with almost a monotone and minimal inflection that made the sex scenes especially sound totally boring.
There were also places in the production of the audio where total sentences were repeated, as if the reader had lost her place and restarted. If I were the company that had produced this junk, I'd be totally embarrassed. Don't they listen before offering something for sale?
I don't have the kindle books and won't be buying them, but I think the stories may be slightly better if you read them yourself and skip the audio version.
What a total waste of a credit.

Book one is so boring that I just didn't feel like listening/reading the rest! There are 3 story in this and I can't even make it to the rest. Sad Sad!