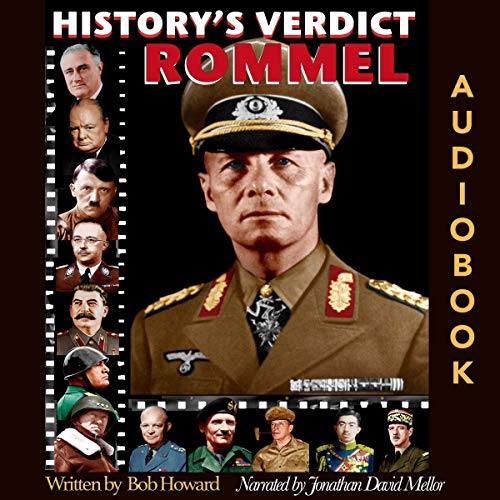 Erwin Rommel has achieved almost legendary status as the German field marshal of World War Two. Mainly for his cunning in outwitting and outmaneuvering his Allied enemies, he is now known as the Desert Fox.

This is a truly remarkable achievement, given the hatred for Nazism and all things Nazi in the wake of World War Two.

But History’s Verdict asks if this is a deserving accolade?

Ironically, often those who admired him most were his former enemies, while some of his strongest criticism came from fell German officers. Just what were his true strengths and achievements as well as his weaknesses?

Was he the master tactician and perfect soldier, one of the only men willing to speak out against the evils of Nazism? Or was he an unnecessary risk taker, a glory hunter who had no grasp of overall military strategy?

The relationship with Hitler is also examined in detail. What Nazi views, if any, did he share, and what was his role in the plot to the killing of the Fuhrer?

For Rommel, the jury is out, and 70 years after his death, history is finally ready to offer its verdict.

What listeners say about History's Verdict