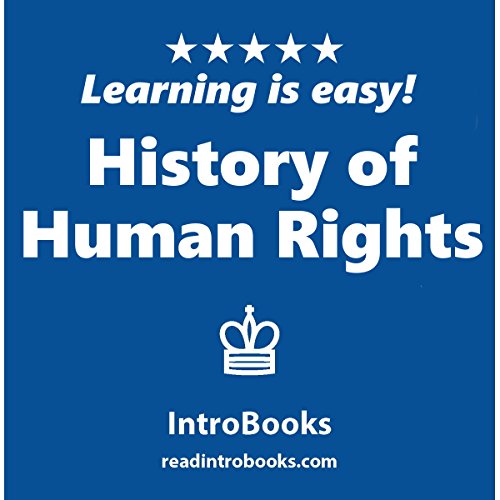 By: IntroBooks
Narrated by: Andrea Giordani
Free with 30-day trial

Belief in the righteousness of human life, related to ancient precedents in religions across the world, was revived as the modernized concept of humanism during the Renaissance, the early period of modern life. The wars of Europe for religion, along with the civil wars in England during the 17th century, gave further rise to the philosophies of human rights, freedom, and liberalism. These led to the belief in human rights that gradually became the focus of intellectual culture throughout Europe during the Age of Enlightenment.

Such ideas and concepts of human rights were at the core of the French as well as the American revolutions at the end of the 18th century. Democratic evolution across the 19th century paved the path for universal suffrage in the 20th century. The two world wars then led to the establishment of the Universal Declaration of Human Rights (UDHR).

What listeners say about History of Human Rights

We have the right to be kidnapped taken to a black site and mortally tortured.

The contents, in my opinión, does not correspond to the title.
It should not be "introbook" . The reader is very monotonous.