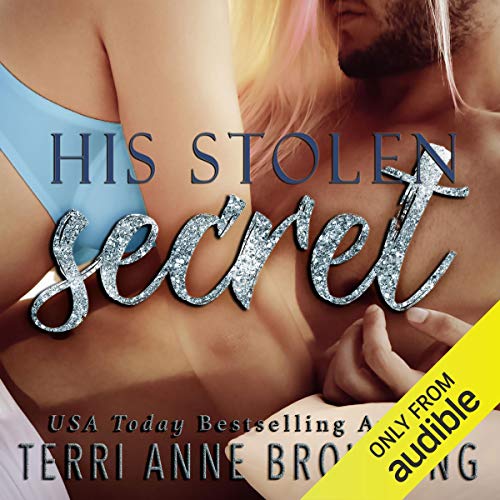 I wanted her from the instant I set eyes on her. I waited, bided my time, and when she was ripe for the taking, I stole a single weekend with her.

Then, in the blink of an eye, tragedy tore us apart.

From the first time I saw him, I knew he would be my downfall. I craved him, wanted him with a need that should have terrified me.

He didn't steal anything from me. I gave it - and my heart - to him freely.

But we weren't the only ones with a secret.

Secrets tore us part, and now, they would force us back to the scene of that infamous tragedy.

We will question everything we ever thought was truth, but even as everyone confesses their secrets, will they finally succeed in tearing us apart forever?

Will I always be his stolen secret?

Book two of His Secret: A Novella Series Standalone

This audiobook was really a great listen, with lots of emotion and a happy ending. It’s a second chance romance that is loosely related to the first book in the series, it easily can be listened to as a standalone. I have to say, I just hated her stepmother in this story! What an evil hag! Lol! Narration was well done too.

I DIDN'T SEE THAT TWIST COMING !!!

This one caught me a bit surprised at the twist. I never even seen it coming. Great short story, it had me crying at times.

This is book 2 to his secret, and Dom and Tris meet and you slowly learn all the horrible things the wicked stepmother has done to Tris over the years. SUCH A B*TCH!
While Dom had no idea, he also didn't ask enough questions. When Tris' mother dies, it's Dom that steps up to the plate to help all the girls.
While I've always enjoyed Jacob Morgan I found the actual story line to this book a bit too sappy for my liking.

Female narrator is too dramatic

Good story line. Wish it was longer to real dive into their reunion. The female narrator was way too dramatic at times, sounded like she would burst into tears at any given moment. Mate narrator was awesome! Good listen.

I had a few problems with this story, which is why it took me a bit to finish. The narration was pretty good. I enjoyed that. However plot wise, I was side eyeing the entire thing. Why did her dad lie to Dom and claim he was still helping her with school and her cellphone? Why was Tris struggling so much with her sisters financially? In real life, I'm sure her mother would have recieved survivor's benefits after the death of Tris's stepfather. Also my aunt had cancer and even before her death, she was able to get social security benefits which transferred to her children after her death. Did her mother not qualify for that? I believe the part about Tris making too much to qualify for government assistance. I know this is fiction, but when you present a book like this, I need a bit more realism. I just don't like that everything was supposed to be realistic except for this one important part of the story.

This was a short sweet series.. So glad Jacob and Carly continued their work in Book 2 as well. Sometimes the short ones are the best, just enough to make you want a little bit more. 💟💟
Great story and writing and excellent narration. My heart goes thump, thump everytime Jacob narrates.

i say dom was ass hole . and his mom suck she a monster. but a amazingly beautiful story. couple work in the end

In this story we get Dom and Tris's story. We met Dom in His Little Secret. Years earlier these two were step siblings. However a misunderstanding changed everything. Now with the passing of Tris's father secrets start coming to light. Can these two have a HEA or will the pain from the past keep them apart? I would highly recommend this to anyone and everyone