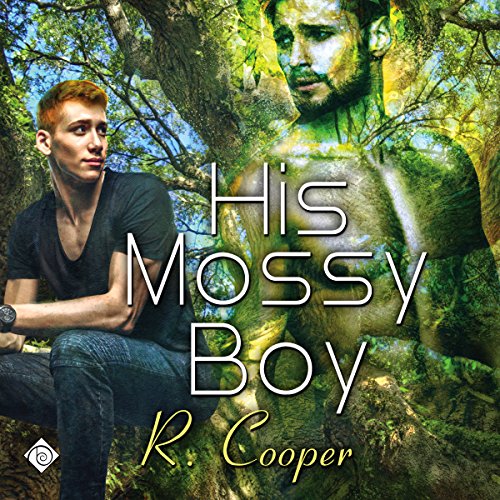 His Mossy Boy [Being(s) in Love]

His Mossy Boy [Being(s) in Love]

A Being(s) in Love Story

Years ago, a very intoxicated Martin nearly died in the woods outside Everlasting, and a beautiful creature saved him, although Martin’s done his best to forget it. He spends his time in a haze of weed as he avoids his emotionally abusive mother - and the way he feels about men. Martin is already a weirdo in his isolated small town; he doesn’t need a sexuality crisis, too. He’s a mess, but someone - or something - always seems to take care of him, usually a tall, sarcastic deputy by the name of Ian Forrester.

No one knows much about Ian, which is how he and his family prefer it. Ian has resigned himself to a lonely life keeping his secrets and guarding his forest. It’s safe to dream of Martin, because Martin never remembers Ian helping him. Besides, Martin barely speaks to Ian, so nothing can ever grow between them. Right?

But with the dragons - and the magic - back in Everlasting, suddenly anything seems possible, even a happily ever after for two men who never expected one....

The narrator here was just perfect. His voice performance of EVERYBODY was just great.

The story itself was so engaging and evocative. This was my first book of this series and I loved it so much that I intend to read every other book I can get my hands on.

If nothing at all, I will definitely grab Zarrin and Joe’s book. They were great here and I really want to know how they got together

Storyline is as excellent as the rest of the series, however there were too many long pauses through the entire book.

what's up with all the randomly long pauses!??!

great story but weird long pauses all over the place. the voice for Martin was perfect.

Wear earbuds and be prepared to blush. A lot.

Would you consider the audio edition of His Mossy Boy [Being(s) in Love] to be better than the print version?

In a way, yes, the audio book is better. First, Christopher Patton has a PERFECT Martin voice. All of Martin's mumbles and sweet little noises are conveyed with talent and respect for the character. Second, reading texts between the characters is sweet and kinda sexy; hearing those texts read aloud is a whole other level of steamy.

What other book might you compare His Mossy Boy [Being(s) in Love] to and why?

Little Wolf is my favorite book of R.Cooper's Being(s) in Love series, and it is a terrible audiobook. The narrator reads like a 7 year old being taught to read aloud for the first time. His pauses and inflections make absolutely no sense and deter from the meaning of the sentence he "recites" like a bad slam poet. If you've heard it, I'm sorry, but please give His Mossy Boy a chance. His Mossy Boy is a shiny beacon of what romance should be read like.

What does Christopher Patton bring to the story that you wouldn’t experience if you just read the book?

He is Martin. It's adorable.

I blushed. Repeatedly. This book is a challenge to listen to in public.

I loved this book as I have all of R. Coolers Beings in Love books, but so many times I had to put this down or risk strangling my phone. Two characters could not be more difficult. I can't imagine having had to struggle with these two. R. Cooper must have magic.

To many long breaks

This is a great story, good preference, I think the editor needed to do more work

The narrator is just awful, worse than awful - offensive. I would tell R Cooper that I’m not listening to any more if zie books if this guy narrators them. In fact, I might just refund it now while I’m on chapter five bec he’s so annoying, and seriously offensive with his liberties and gender-enactments.

Christopher Patton brings Martin's adorably awkward and sweet personality to life in the most perfect way. His voices for everyone and in every situation are so real that I could FEEL it. I'm disappointed this is the only book he's done. The only downside to the narration are the slightly-longer-than-they-should-be pauses. But after I got used to it I didn't mind so much, I'd much rather have that than a terrible narrator.

The story is quite long at almost 21 hours but I thoroughly enjoyed every minute and interaction we got of the characters. Everyone's personality felt solid and fully developed, no shallow stereotypes. I'd definitely recommend this book, and it's one of my absolute favorites. I've listened to it 3 times already since I bought it and enjoyed it just as much the second and third times.

R Cooper is one of my favorite writers. Her characters do not follow the done-a-time-or-sixty tropes. It’s very refreshing. Would highly recommend.

Sadly, what could have been a cool story is disabled by the droning on of "he loves me, he loves me not" by the two main characters. It seems to be a common thread in some gay fiction right now, and gets very tiresome and boring.

This is a great audio adaptation of a beautifully written book. I love all of the Beings in Love series, though Little Wolf and His Mossy Boys are my favourites. Robert Nieman was brilliant for Little Wolf but Chris Patton is perfect for Ian and Martin. He has been a favourite since the Adrien English series, but he delivers the life and feeling this book deserves. A fantastic, long listen. Recommended.

Long, but worth it!

I had already read the book (R Cooper is my favourite author). I'm not a huge fan of all the narrators she uses, but was pretty sure Christopher Patton would do a good job. Which he does. The story is very slow-burn, with lots of angst on poor Martin's part (and a fair bit on Ian's) - if you're not a fan of R Cooper's drawn-out yearning, you may not like this one. But if you do, and also like a long listen, this is for you. Patton even managed to wring a tear or two from me (not unusual for an author, but much more so for a narrator!).