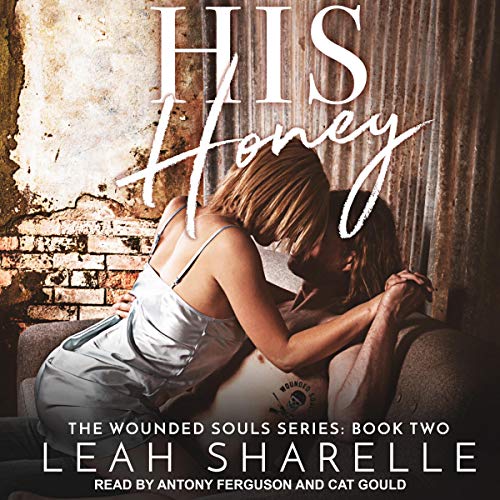 I love you so much, Stella Hogan. You are the best part of my day.

Vincent Booth's whole life has been one of responsibility, from his years in the military leading his men through battle to being president of the his club, the Wounded Souls. But with responsibility comes guilt. Death haunts him. To keep his family safe, he has to stay strong, but the club's beautiful cook could derail him. She has the power to bring him to his knees. He can't let her, can he? Will his deepest secret be his ultimate failure? Or can he trust Stella to be the light in his darkness?

Stella Hogan has her own terrible secrets. The biggest is being in love with the president of the Wounded Souls motorcycle club. Booth frustrates her but is able to command her with just one look from his grey eyes. The handsome former commando's inner struggles break her heart, and his fierce loyalty puts it back together. Can she trust him enough to give him her heart? Will the danger that surrounds the club destroy them? Or will a shattering discovery end it all before it has even begun?

What listeners say about His Honey

An emotional journey to go on with suspense, action, drama, and not to mention some Hot and Steamy moments. Leah Sharelle nailed it on this one. Book 1- His Sweetness was fabulous but this one was even better. Booth treated Stella poorly but secretly adored her from afar. She has loved him the entire time and could not understand his attitude towards her. But when they finally some together their chemistry is outstanding. This book was exciting from beginning to end.
Narration was GREAT!

Do you have a list of go to books? I do and this book is on both my Audible list and my reading list, I have both read and listened to it on numerous occasions, since I first read it.
I love the couple that are narrating especially the male, I tend to get lost when he is reading, I just love the sound of his voice so much.
As when I am reading I get pulled into the book, and stay there all the while I am listening to it. I have also managed to get my little mini movie playing along in my head when I am listening.
There are twists, turns and surprises through out this book. Some of the surprises you may see coming and others you might not, some of the surprises are large, while others are small, but each and everyone has equal importance in the book and help to make the book the fantastic read that it is.
I went on a bit of an emotional rollercoaster ride with this book, I did cry, so if you are anything like me you might want to have your tissues available to be on the safe side. Each and every emotion that the characters go through can be felt and some will even pull on your heart strings. I went through the emotions with the characters. For me personally if I go through what the characters are going through, I usually enjoy the book better.
There was a time or two I wanted to reach into the book and smack a couple of the characters, but they redeemed themselves.