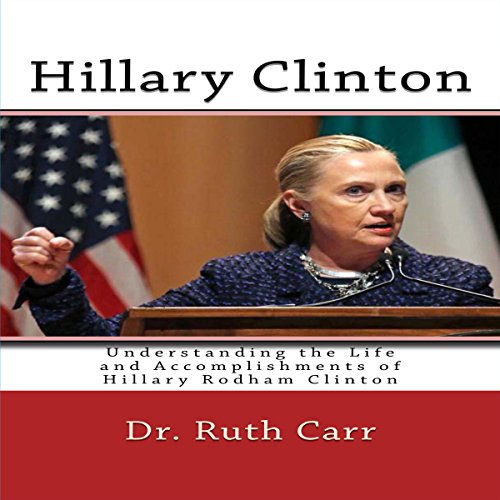 Discover the life of this influential leader and the significance of smart power!

Hillary Rodham Clinton is an influential American leader who has made many significant accomplishments. She has the ability to transcend society's boundaries and do things that people thought could not be done. Hillary is a very smart woman who uses her education to make the world a better place for people all over the world. This book was created so that the people of the world can learn about Hillary's life and develop an understanding of the incredible contribution she has made on humanity. Many other books only focus on the political aspects of Hillary's life, but this book gives the listener a look at the impact that Hillary has made on the evolution of humanity. It is important for people to understand how Hillary's life has changed the world so that the leaders of the future can follow in her footsteps. Many important events in Hillary's life will be covered. You will learn about the methods Hillary has implemented in business and politics that have brought her success. Hillary has always taken the time to make connections with other people so that she can have a better understanding of the changes that people want to see in their society.

What listeners say about Hillary Clinton