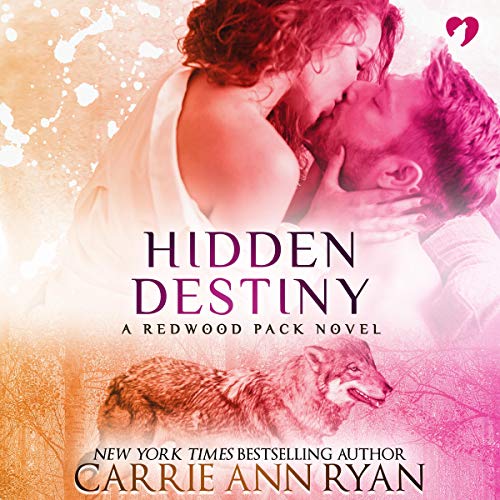 North Jamenson has always held his wolf closer to the surface then others. He's the quiet one, the one no one really knows about, yet he holds the darkest secret. He's watched his brothers find their mates and start families, and now it was his turn. He knows Lexi could be his and her son could be part of his family, but he doesn't know if he's ready to share the darkness that's entwined with his soul.

Lexi Anderson is a mother, a sister, a latent wolf, and a new member of the Redwood Pack. She's also holding secrets so close to her heart she's not even sure she knows the truth anymore. When North takes another step closer to wanting to cement their bond, Lexi must come to grips with her past and what it means for her future. The Centrals' war isn't over yet and Lexi's life is on the line as the paths they've chosen takes a drastic turn.

What listeners say about Hidden Destiny

I enjoyed North's story. It is well written and it is also narrated beautifully. .

Good story. I had not listened to any of the previous books in this series. It may have helped with knowing how all the characters fit into the story. Despite that I was able to follow pretty well. This was my first book with magic and shifters. I enjoyed it and definitely plan to get the rest of the series.

Another winner by Carrie Ann Ryan. I really enjoy this series. Getting to know each character and their strengths is wonderful. the narrator is perfect nailing each pack member perfectly. Looking forward to the next book.

Finally Corbin is dead I figure moment is when Parker call North dad and Lexi taken two bites out of that damn demon!!!😻🦊

This was a great story. So many twists and turns. I enjoy the family feeling in all these stories. That feeling of knowing someone is your soulmate.
Gregory Salinas does a great job. Able to vary each voice to the personality. I am getting to where I can tell who is who.

One of my favorite couples! Great storyline with strong alpha men and women! Great narration! On to the next book in the series!

This was one amazing book. The whole series has been one that lingers in the back of your mind after you read it, wondering what the characters are doing, how they are. Absolutely loved this one