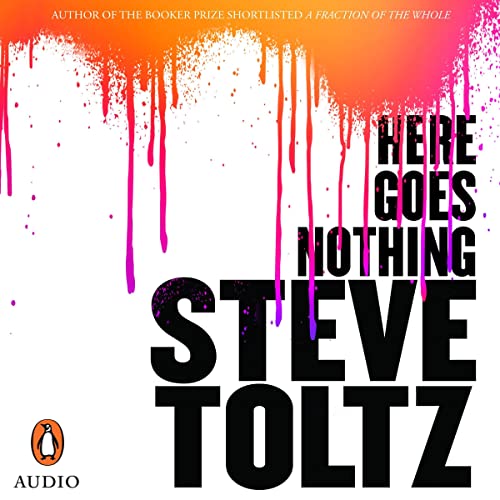 'Nobody was ever thinking about me. Now that I'm dead, I dwell on this kind of thing a lot.'

Angus Mooney is in a dark place: the afterlife. His days are spent in aching embarrassment; god, religion, the supernatural - he was wrong about everything. Now, obsessing about the wife he left behind, Gracie, he watches from the other side as she is seduced by his killer, who has stepped seamlessly into Mooney's life.

Meanwhile, life after death isn't all it's cracked up to be. Another pandemic is sweeping the globe; Mooney's new home is filling up fast, resources are scarce, infrastructure is crumbling, and he has to share an increasingly cramped existence with a group of people still traumatised by their own deaths. And although he should know better, he remains in the grip of the same fear as when he was alive: the opinions of others.

Narrated with the ironic hindsight afforded by life beyond the mortal plane, Here Goes Nothing is a razor-sharp, hilariously entertaining, insightful and moving meditation on our 21st-century world, and the intricate relationship between love and death.

What listeners say about Here Goes Nothing