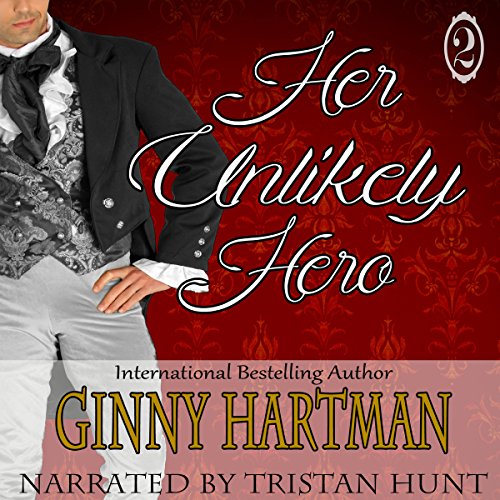 The season has taken a turn for the worse when Griffin finds himself on the losing end of the bet he issued to his childhood friend, the Earl of Danford. Now, Griffin must anxiously wait for Benedict to choose his bride as his comeuppance. After a spell of nervous anticipation, Benedict finally reveals to him his choice, and it is none other than the very girl who has occupied so much of his thoughts - Lady Adel Desmond.

Despite his trepidation, Griffin knows he is duty-bound to do as his friend dictates, but convincing the beautiful, independent, and none-too-biddable woman to do as he wishes, results in nothing but disaster. Can he find a way to convince Lady Adel to see beyond his arrogant exterior to the man he keeps hidden from the world?

In his quest to win her heart, or at least her hand in marriage, Griffin will discover that he and Lady Adel have more in common than he initially realized. But will it be enough to overcome their obstacles, including secrets and heartbreak, both of which endanger their budding relationship and could quite possibly put their lives at risk as well?

What listeners say about Her Unlikely Hero

This was an enjoyable story. I really liked both the main characters Griffin and Adel. They made a good match. There was some good chemistry and attraction, no sex but it did not take away from a great story.

The story line and plot was good. I liked getting to know these characters and there was a couple surprises thrown in. There was a lot of great dialogue throughout the entire book, not full of filler nonsense or rambling thoughts full of misunderstandings. A real treat.

As for the narration it was great. I really like Tristan Hunt. He does the women's voices so well and has a very nice reading voice. Everyone gets their own distinct voice. He reads with emotion and does do a sexy voice for the hero of the story.

Too fluffy for me

I read the first one and it was pretty fluffy. This one somehow was even more forced, fluffy and hard to believe (even more than most regency romance). The “OMG both our mothers died and we are in pain” connection was a little forced. Not a lot of character development. Not as much chemistry between H and H as in first one (and that’s not saying that much given that these are so clean they are for 10 year old girls). Threw in some domestic abuse and scary denouement which was fast and didnt’ really make much sense (also felt quite fake since we all know neither H nor H will actually die) and that didn’t save this story from feeling so light I wish it had flown away. Narrator has great reputation and lovely sonorous voice but he makes the men seem arrogant and the women switch back and forth between tentative and high dudgeon and not much in between. I wouldn’t spend a credit (it is also very short — i listen fast and it is only a few hours that way) but if you want super duper light reading while you are doing something else and you have audible escape, you could give it a listen.

too many Americanisms.
the 'ton' should be pronounced the French way, not 'tone'.
Viscount in England is pronounced vi-count, not the French way.
and many many more jarring errors which make a mockery of an English historical tale. what a pity. next time use a good British editor.

I liked this book much better than Her Unconventional Suitor and I was able to read it without thinking of how much I disliked Griffin in the first book. In fact I liked Griffin and I understood why he did the things he did. I liked Adel, too. They both suffered from the loss of their mothers so they both did stupid things because of it.

This story was also better than the first because of Griffin having a sister, Rose, that was terrible abused and the fact that her husband, Lord Moncreif, went after Adel and tried to kill her. More drama! More excitement! A much better book.

Except for Lord Moncreif I did like the characters: Benedict, Warren, Marcus, Rose, Katherine and Aunt Tabitha, all the characters really!

There was some nice desire in this story, between Griffin and Adel, but there was no swearing.

As to the narration: Tristan Hunt did a great job on all the voices and with his emotions BUT there was one place that he did a really terrible job. Griffin had been unconscious for a day or so and when he came to he was still in pain and only semi-conscious but when he talked to Adel, just before he blacked out again, he spoke to her like he did every other time; no weakness, no tiredness, no nothing. Just the usual talk. Personally, I thought that was awful reading.

I loved it! The story flowed well and was well written. It left me wanting to know what happens next.

This book was truly delightful. The book was about a group of friends who made a bet and ultimately lost the consequence the winning friend was able to pick their bride. The book had its twist and turns ups and downs but in the end love came out on top. Since it was an audible book I must say that Tristan Hunt did a great job narrating I love his voice and that made the story even more enjoyable. I would totally recommend this book to others.

I really enjoyed listening to this book. The narrator is great! The story is fun and I appreciated that I couldn't always guess what would happen next. This is a sweet, clean, and fun regency romance.