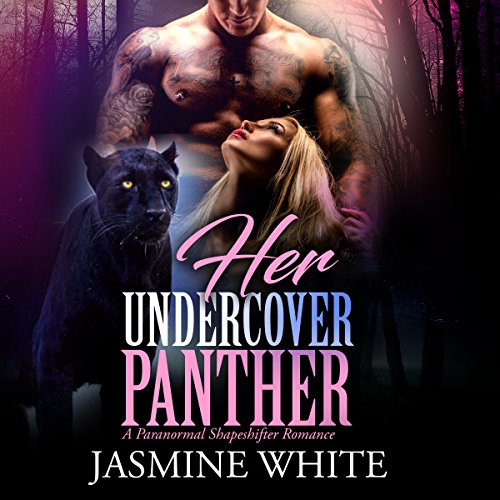 FBI Agent Tara Strong was about to embark on the most dangerous mission of her career.

She was set to go undercover in order to infiltrate a gang of evil shapeshifters who were suspected of people smuggling. But if her cover was blown, then there was a good chance she wouldn't make it out alive.

Good thing that the FBI sent WerePanther Luis Vargas along to her protect her if the situation ended up getting sticky.

However, as Luis's good looks and sexy body began to charm Tara she was soon to find that she would be undercover in more ways than one...;-)

This is a sexy but thrilling paranormal romance with lots of adventure and excitement. Start listening now to be a part of this awesome ride!

What listeners say about Her Undercover Panther

I really enjoyed this story! I really liked the chemistry between Tara and Luis. Their teasing relationship was so nice! Narration was good.

This was my first book by this author and I thoroughly enjoyed her writing and this story! This book has a different take on the shifter community and I thought it great! Tara and Luis were a great couple!

The narrator for this book was fantastic! I recommend listening to any book Jem Matzan narrates solely based on his ability to voice any and all characters in a book and make them believable!!

Let this panther of a listen grab you

I love PNR and this listen was no different. This was my first from the author . The narrator was great also . You can tell the characters from the voice.
Hero is Luis Heroine is Tara.
Tara works for the FBI. Tara’s new assignment is to go undercover and find out what is happening to all the humans that the shapeshifter are taking by force . She’s afraid though that she might not make it out alive if they find her .
Louis is a shapeshifter, a panther, he also works for the FBI . His assignment is to help and protect Tara

Do they both survive and finish the assignment

This is my second listen by Jem. He is good . You can tell the characters by his voice He has a clear voice