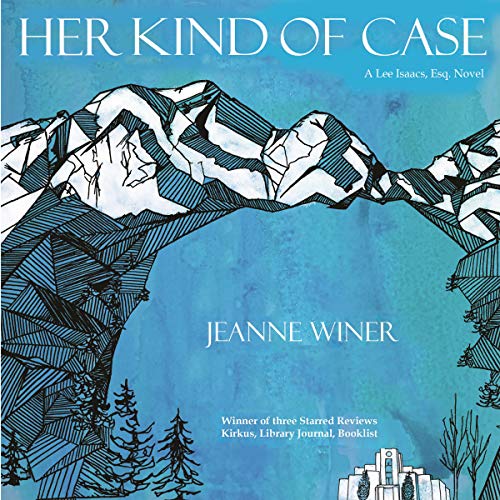 Her Kind of Case

Her Kind of Case is a legal drama that centers on Lee Isaacs, a female defense attorney on the cusp of turning 60, who, out of curiosity, determination, and desire for a big, even impossible professional challenge, chooses to take on a tough murder case in which a largely uncooperative young man is accused of helping kill a gay gang member.

This beautifully written novel, which earned a starred review from Kirkus, is built around not only a gradually resolving mystery, but by fully fleshed-out characters, particularly the strong-willed and sharp-witted Lee. It is a breath of fresh air to see someone of Lee's standing achieve career and personal success as an older single woman who grieves the recent loss of her husband, but continues her daily routine of law and karate, fighting tooth and nail to prove her client not guilty.

(Note: The author, Jeanne Winer, is herself a longtime defense attorney in Boulder, Colorado, and a black-belt karate expert.)

What listeners say about Her Kind of Case

Interesting case, engaging characters. I live in Boulder which added an extra layer of interest for me.