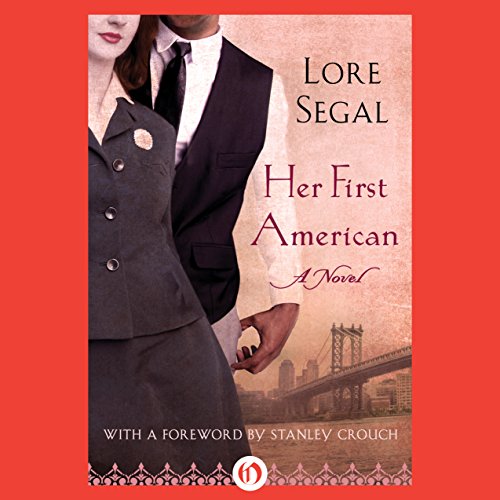 Hailed by the New York Times as coming "closer than anyone to writing The Great American Novel", Lore Segal stuns with this passionate love story of a refugee from Hitler's Europe and a witty, hard-drinking black intellectual.

For Ilka Weissnix, everything is new. Having recently arrived in the United States, she is determined to escape the immigrant communities of New York and boards a train headed west to discover "the real America". She finds Carter Bayoux "sitting on a stool in a bar in the desert, across from the railroad."

Older, portly, experienced, and black, Carter is magnetic. To Ilka, he exemplifies the values and cultures of a changing America. In order to understand her new country and her new love, Ilka throws herself into Carter's dizzying world, nurses him through his bouts of depression and his alcoholism, and becomes fascinated by stories of his amorous past. But Carter's ghosts are ever present, and soon Ilka finds herself torn between saving him and saving her own future.

With a foreword by Stanley Crouch, Her First American is the poignant story of an immigrant experience in a country of endless possibilities and of a rich and breathtaking love that is doomed from the start.

What listeners say about Her First American

A could not get my head around this novel

This was recommended by a reviewer on a radio book review and so I noted it down. I was later pleased to see it on Audible - my main book medium - and so I purchased.

The theme was noble enough - ethnicity, prejudice - whether it be black people or Jews. Somewhere I just got lost in it. I started the book twice and had to force myself to listen to all of it the second time. Perhaps my main gripe was the narrator - Casey Holloway. Her accents were appealing and at times I felt this was being read by a computer programme. My wife felt less negative about the book but could not remember any of the story. Agreed it was not memorable and I was rather pleased to get to the end.