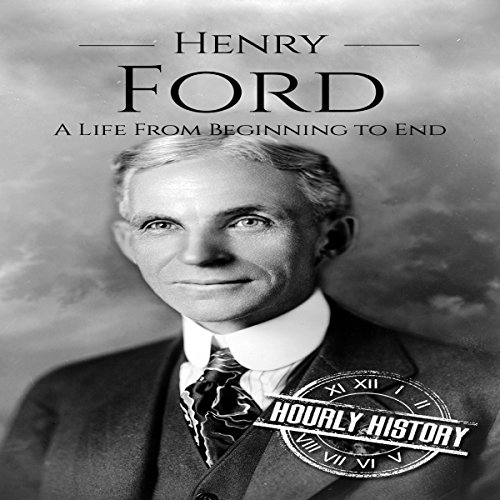 Henry Ford once announced to a young schoolboy that it was he who had invented the modern age. Born on a farm in rural Michigan three weeks after the battle of Gettysburg, Ford hated everything about farming as soon as he could understand what it was about. So he turned his attention to the farm machinery that made the family farm run and never looked back.

It was his love of machines, then engines, and finally automobiles for which Henry Ford is best known. He designed and manufactured cars that would transform not just his family's little farm and not just the city of Detroit; the automobile would change the world, ushering in a whole new way of living one's life. A modern life, to be sure.

Beneath this diligent tycoon lay a man of many contradictions. He worked hard to give the average American an affordable car and believed mass consumerism was the key to keeping the world safe from war. Yet he opposed labor unions, supposedly sired a son with another woman, and was an enthusiastic anti-Semite.

You will learn about:

Follow along as you come to know Henry Ford, the man responsible for putting Americans and the people around the world behind the wheels of their own cars.

Was this man a genius or a dominator? Did he want those around him to live free lives with the things he invented, or was he only satisfied when people read his newspaper and obeyed his advice? Listen on, and form your own conclusion.

What listeners say about Henry Ford