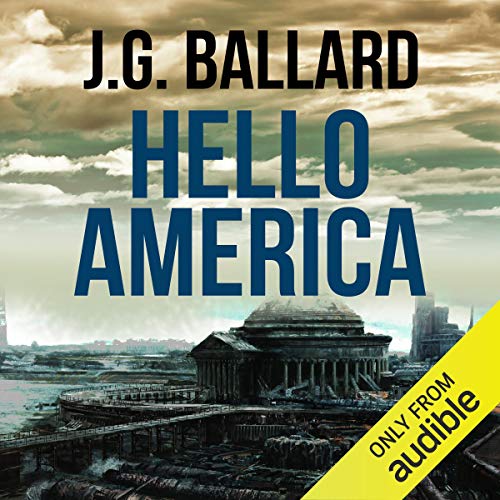 A terrifying vision of the future from one of our most renowned writers - J. G. Ballard, author of Empire of the Sun and Crash.

Following the energy crisis of the late 20th century America has been abandoned. Now, a century later, a small group of European explorers returns to the deserted continent. But America is unrecognisable - the Bering Strait has been dammed and the whole continent has become a desert, populated by isolated natives and the bizarre remnants of a disintegrated culture.

The expedition sets off from Manhattan on a cross-continent journey, through Holiday Inns and abandoned theme parks. They will uncover a shocking new power in the heart of Las Vegas in this unique vision of our world transformed.

J. G. Ballard was born in 1930 in Shanghai, where his father was a businessman. After internment in a civilian prison camp, he and his family returned to England in 1946. He published his first novel, The Drowned World, in 1961. His 1984 best seller Empire of the Sun won the Guardian Fiction Prize and the James Tait Black Memorial Prize, and was shortlisted for the Booker Prize. It was later filmed by Steven Spielberg. His memoir Miracles of Life was published in 2008. J.G. Ballard died in 2009.

On one hand, I am just SO excited to finally have more of Ballard's work than 'Crash' and the odd short story on Audible that I'm not even going to critique the story, except to say that the Amazon reviews generally raise valid points. I accept that this is probably not one of Ballard's stronger stories, but I think the social commentary is still interesting, and remarkably relevant - when one remembers this was first published in 1981 - especially the ecological aspects.

I enjoyed William Gaminara as a narrator, as I expected I would, but some of the accents made me cringe! This is not a criticism of Gaminara; I expect this was a directorial decision, and it was executed fine, but the accents unfortunately really detracted from the narration for me.

Overall, probably not the best choice for your first foray into Ballard on Audible: I see 'The Crystal World' is 'coming soon' (August 2014) and will be read by Sean Barrett - probably a better introduction to Ballard than 'Hello America'. For those already familiar with Ballard or with this story, I suppose it depends on whether you are a completist or not - if you didn't like this story on first reading, or prefer 1960s/70s Ballard, then this interpretation will probably not endear you to this tale.