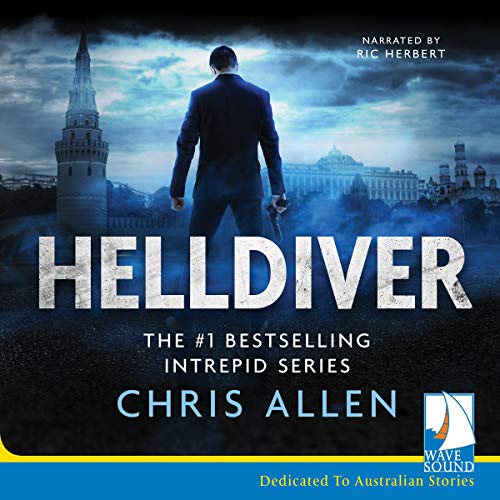 Book 4 in the number one best-selling Intrepid series.

Alex Morgan - policeman, soldier and spy for Intrepid, the black ops division of Interpol - commits to the toughest mission of his career, and his chances of survival are slimmer than ever. Sent deep into the shadows of Europe’s criminal underbelly, Morgan’s mission is to overthrow an oligarch and bring a spy in from the cold. But his target is closer than he knows. As old friends reemerge, it becomes clear that the very heart of Morgan’s black ops division faces destruction, and trust, it seems, is little more than a commodity to be bought and sold.

Helldiver sees Intrepid brought to its knees, and it’s up to Morgan and Reigns to wrestle their agency back from the brink.

"If you really like escapist novels, this one’s for you." (ABC Radio)

What listeners say about Helldiver