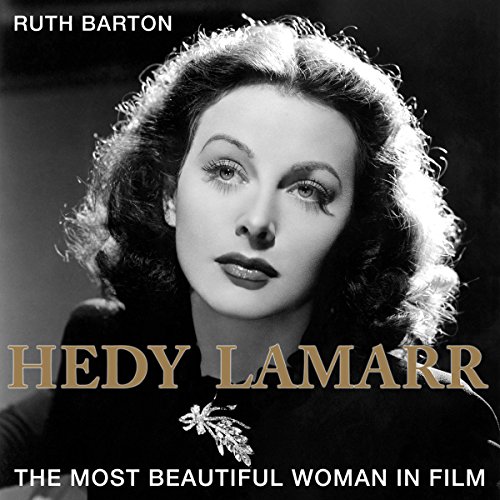 Ruth Barton explores the many facets of the screen legend, including her life as an inventor. Working with avant-garde composer and film scorer George Antheil, Lamarr helped to develop and patent spread spectrum technology, which is still used in mobile phone communication. However, despite her screen persona and scientific success, Lamarr's personal life caused quite a scandal. A string of failed marriages, a lawsuit against her publisher regarding her sensational autobiography, and shoplifting charges made her infamous beyond her celebrity. Barton recognizes Lamarr's contributions to both film and technology while revealing the controversial and conflicted woman underneath.

The book is published by The University Press of Kentucky.

What listeners say about Hedy Lamarr

What is it with bad biographers?

Okay, why write a book about someone if you sound like you obviously don't like them? I mean really!! This lady makes Hedy sound like a flippant, shallow money grubbing hoar who was a manipulative prima donna. Hey, maybe she was, but they author sure as heck doesn't give me an objective perspective to make up my own mind with the facts. This book is skewed throughout with often subtle, but when you look at it, very definite opinions about Hedy's lifestyle. As such the book is ruined by this biased point of view and makes it hard to accept anything the author says at face value.