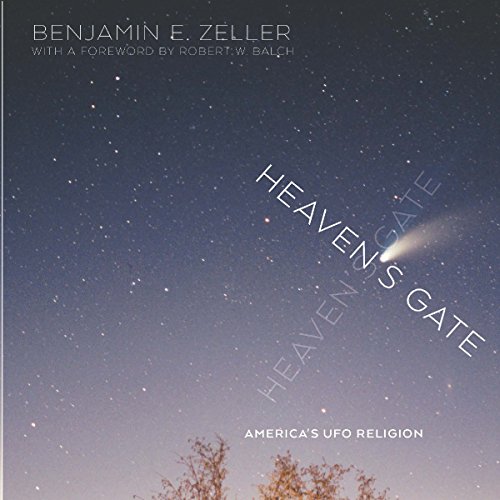 In March 1997, 39 people in Rancho Santa Fe, California, ritually terminated their lives. To outsiders, it was a mass suicide. To insiders, it was a graduation. This act was the culmination of over two decades of spiritual and social development for the members of Heaven's Gate, a religious group focused on transcending humanity and the Earth, and seeking salvation in the literal heavens on board a UFO.

In this fascinating overview, Benjamin Zeller not only explores the question of why the members of Heaven's Gate committed ritual suicides, but interrogates the origin and evolution of the religion, its appeal, and its practices. By tracking the development of the history, social structure, and worldview of Heaven's Gate, Zeller draws out the ways in which the movement was both a reflection and a microcosm of larger American culture.

The group emerged out of engagement with Evangelical Christianity, the New Age movement, science fiction and UFOs, and conspiracy theories, and it evolved in response to the religious quests of baby boomers, new religions of the counterculture, and the narcissistic pessimism of the 1990s. Thus, Heaven's Gate not only reflects the context of its environment, but also reveals how those forces interacted in the form of a single religious body. In the only book-length study of Heaven's Gate, Zeller traces the roots of the movement, examines its beliefs and practices, and tells the captivating story of the people of Heaven's Gate.

I was expecting an inside story of a suicide cult,like the ones I've read about the last weeks at Jones Town,this Story is none of that and his respect of the actors in this tragedy is misplaced

This is an interesting book with a very uninteresting narrator. It sounds like it’s being read by a newscaster.

That being said, the author treats the subject matter seriously and respectfully. He does an excellent job of showing how the belief system of Heaven’s Gate fits within popular culture.

Very interesting and respectful analysis of the Heaven’s Gate group. I enjoyed the writing, and the narrator is excellent. May help you enjoy this book if you have some background in religious studies or philosophy.

This book is an extensively researched and compassionate deep dive into this important religious phenomenon.

This book was really good. All I knew before was the sensationalism, the sneakers and the track suits. I didn't know the long history of the group and all the other circumstances that led to this tragedy.